American-Traveler has a new follower. As No. 19 we welcome Ron from the Old Geezer Blog  Glad you found us!


In January 2007 I wrote an article for a travel publication about Laughlin,Nevada.


The Story of Laughlin, Nevada is also the story of a self-made man by the name of Don Laughlin. Don grew up on a farm in Ovatonna,Minnesota. From his early days he had a desire for those brightly coloured gambling machines, which, at that time, were prohibited in most States. From his saved money Don bought slot machines from a mail order catalog and placed them in a variety of bars and clubs. As Don got more and more machines one day he was given the choice of either having to leave school or the gambling business. Don left school.
At age 21 he was married and had an infant child. He had heard about a town called Las Vegas and moved his familiy west into the desert. Las Vegas gave him the opportunity to learn the gambling business from the ground. So soon he started his own business in town and bought the 101-Club north in town.
After some years he sold the club and went to prospecting once more. As he was flying over the border between Nevada and Arizona with his own little plane he discovered an old motel shack on the shores of the Colorado just on the opposite side of the sleepy town of Bullhead City. It was a bankrupt, boarded-up 8-room motel which eventually would have collapsed in the winds, had it been left to it's destiny. However, Don had a closer look at this place and finding the owner he purchased the place for the outragous sum of 135,000 Dollars. After some repairs he rented out 4 rooms and placed slot machines in the building. The other 4 rooms he needed for his own familiy. Travelers came and stayed in his premises, spending money on dinners and room and board. At that time no road connection existed between Bullhead City and the Nevada side. 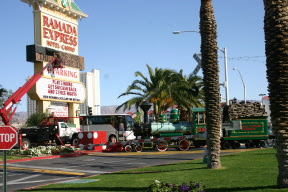 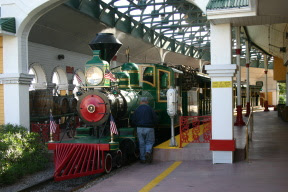 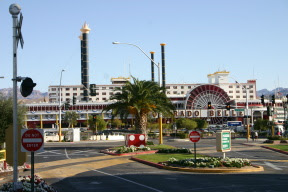 During the seventies Dons business grew and the U.S. Post demanded that a name was found for the place. Don just named it Laughlin to the best of his last name. The eighties came around and Don had to do many additions to the existing building. Soon he offered more than 100 rooms and a restaurant.


The rest of this story can be seen and experienced on-site in Laughlin, as Don Laughlins Riverside Hotel and Casino. And yes, Don put up the money to build a bridge across the Colorado. He also got the Airport build which is located on the Arizona side. Today you can fly to Laughlin from any airport in the U.S. Of course Don Laughlin does fly from the roof top of his Hotel Casino in a little chopper. :-))
And across from Laughlin on the Arizona side lies Bullhead City. Economically Bullhead City has gained from Laughlin's growth. We had put our rig into the Davis  Camp County Park, which is really a nice and cheap place to park, but I must say that the strong winds blowing down and over the top of the Davis Dam can make life a bit uncomfortable.