Another long and cold After-Winter

It is the same every year. When snow and ice have disappeared, we have to drag ourselves through a long windy, wet and mostly cold after-winter. Officially, spring has started, but remains out of sight. Rain showers are followed by wintry-mix, and when we finally have a warm and sunny day, we can be sure that the following day will be extra miserable. How I ever hate this time of the year. It's not fish nor meat. I hate sitting idle on the couch and being relegated to peppering Facebook with unnecessary comments. My whatsapp account is running over with pictures, and my contacts must be wondering where I find the time to do all this posting. I used to read lots of books and used to find enjoyment with it, but lately my eyes have gone tired after a few pages. I attribute that to my poor reading glasses I got some time back. So when in town lately, I dropped by the optometrist and got an appointment for new eyeglasses. Hope that'll help me reading. Have tried the bifocals for years and it's worse.

So what else I have been up to?

You wouldn't guess it: I have been quarantined for 2 weeks by an idiot customs officer. Here's what happened:

You'll remember the Jeep disaster? Well after we got a new bord computer I had to send the old one off to the company within 7 days. Otherwise, they would have voided the warranty for the new unit and charged me with $125 fee for the core. They had also provided me with a paid Fedex return label.

With the package in my car, I went across the border to the nearest Fedex station, which is a simple dropbox 40miles south of the border. Returning to the island immediately without stopping anywhere else, I was presented with a real surprise when arriving at the CBSA border station. 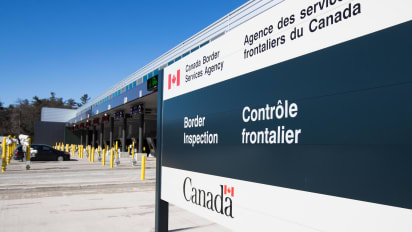 The CBSA officer on duty deemed my trip non-essential and punished me by sending me into federal quarantine in my home. My point that I never was in any office or in any contact with any American was ignored. I was told that if I had grabbed a gallon of milk at the local grocery store, I would have been "fine".  This piece of advice I deem the most grotesque, as I would have had to enter a US store for that and expose myself to a possible Covid infektion,

Needless to say, I was flustered and mad. Campobello Island residents have a federal exemption from being barred of going into the US for "essential goods and service", which are not available on the island, and they are not to be quarantined for those trips. So, to make matters worse, not only were we having bad weather, but now I had to stay home. One day, I even was visited by a police officer who was checking on me staying home. 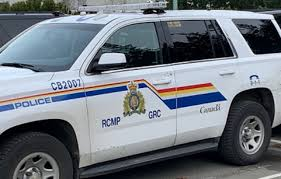 As outrageous as this might sound, I fully realize that this regimen is why Canada kept a rather low infektion rate. But reason should have been applied when I required the service of a mail courier company not serving Campobello.

Well, I am done with it now and still waiting for the weather to improve.

Meanwhile, Bea has been busy with putting tiny seeds into black soil to produce all kind of vegetable plants. She even bought a grow-light and several other remedies to make it work. If and when the sun peeks out, our greenhouse is warming up quickly, but we need the nights to stay frostfree before starting to move the tiny plants into the greenhouse. So for now they stay in our heated entryway. 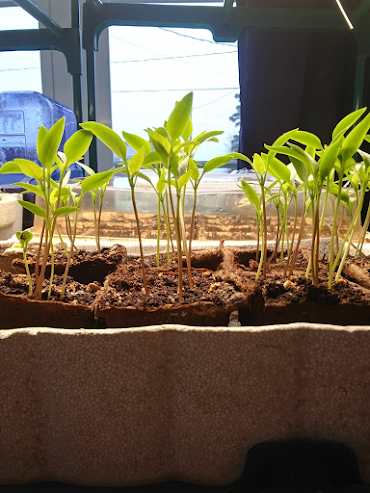 And here's some other good news: Bea and I will get vaccinated on March 31 right here at the local pharmacy. That means that we won't have to be afraid to get infected with Covid, mind you, we will still follow the rules and wear our masks in public. 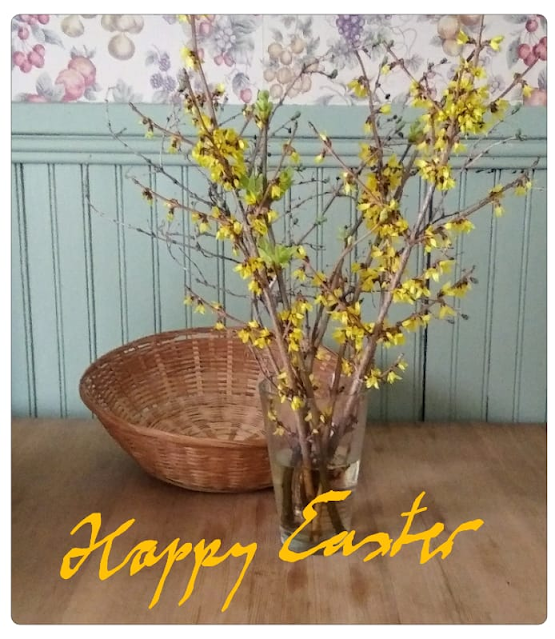 Yes, that's how it began.

It was a normal evening we were spending in the living room when she came over from her couch showing me a picture on her cellphone. This picture. 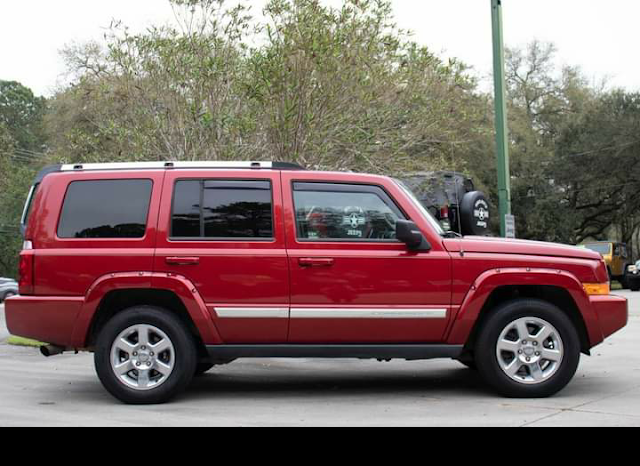 First I thought it was a new car, I mean new like brand-new, but it wasn't.  I have to admit that I liked it too. We have had 2 Jeeps in earlier years and had only good to say, mind you, they really were new vehicles.

Contacting the seller, he used the word "MINT", in his description.

So we ended up driving there to take a look - and a short drive. It seemed fair enough and the price was reasonable for a "mint" (rustfree) vehicle. "Rustfree" in our area is definitely a big temptation as many vehicles end up in the scrap yard after 5-7years. Our winter roads with tons of salt and on top the salty air here at the coast, can just about kill any car in record time.

In this case the Jeepster is 15yrs. of age and would not have been among us any longer, if the first owner hadn't kept it in the garage every night.

But that's not a good enough reason to write about a vehicle purchase. 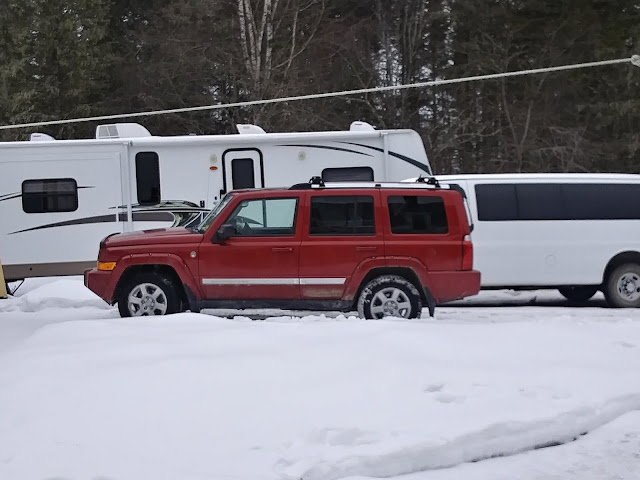 The story really only begins at our local mechanic's shop who was tasked with giving the car a prescribed provincial inspection plus putting new front brakes on it. When he was done and the car was ready, he wanted to drive it out of the garage again, but the vehicle refused to start. It didn't even turn over, nor gave it a click, nothing, just playing plain dead.

The following technical investigation went over several hours with no result. The next day he had spoken to an online help desk engineer and the conclusion was that the bord computer, also called PCM (Power Control Module) had failed and was to blame. The mechanic ordered a replacement unit at the sweet price of one thousand Dollars. He called again on Sunday with bad news. NAPA Autoparts couldn't get it.

That was when I went online and found a shop in North Carolina offering refurbished units at USD 298. The company had tons of good reviews so an order was made.

A week went by, but one day the unit arrived. Next morning our mechanic put it in, said a little prayer before turning the key and  ---- it ran. It actually ran again. What a relief.

Yesterday I took the SUV out on some park roads and, just for testing, put into low gear, drove a few yards and wanted to put it back in high. But it refused to do that. I tried over and over, but to no avail.

Nothing  else to do than drive it the few miles home in slow motion.

Now our mechanic is enjoying another challenge in his profession.

Of course I searched the internet for solutions, but came up empty-handed. Except that a stuck-in-low-gear seemed to be a much common problem with all kind of 4X4 Chrysler products. I would never buy any Chrysler product, except a Jeep, which after all, is a popular SUV everywhere. My mechanic could also confirm that stuck-in-low gears are a common occurence in Chrysler's 4x4 vehicles. What are these Chrysler folks building in their factories?

So what did we learn from this? Well, "Mint" is not the one and only criterium for purchasing a vehicle. Reliability would be another. Unfortunately, the Jeep Commander does not excell in that category. In fact the Commander model had 5 factory recalls, all of which had been fixed on ours years ago. It was only built over 4 years from 2006 - 2010. Main reason being the totally messed-up 3rd row seating arrangement where only dwarfs might be able to enter the 3rd row. We are gonna throw them out to make some room. Whether Dixie will ever be able (and willing) to get into that car is an unknown. She is kind of picky that way as she is spoiled with the low and easy entry into our vans. "lifting" her into it is impossible unless you are Hercules and capable of lifting 95pounds of fighting dog. Besides, we don't want to traumatize her. She will never forget.