"God Bless America" is one of the most used and abused endings of speeches made in public settings. We have heard those words from every U.S.-president and just about every American politician. But is God still blessing America? Or has he given up on this task? Has there ever been a godly blessing over this country? Have the prayers of its citizens been heard? If God blesses America would he let its citizens kill each other? Wouldn't he punish the bigots and xenophobes and the people who kill?

Let's leave God out of the equation for now and ask ourselves how it is possible that the U.S. is seeing a spike in politically motivated violence.

For over 2 years the U.S. President has fed his hateful rhetoric out to Americans, first during his campaigning period, later from the offices of the White House. Time after time we have heard him accusing minorities of all kind of terrible crimes. He has been blaming Mexicans of being rapists and drug dealers. His hapless followers have swallowed his hateful words against Democrats. He threatens and bullies his way through daily politics. Where ever he appears he's spreading hate and furthering division.

So nobody should be surprised that the words of a leader will fall on fertile ground with those who feel they have been treated unfairly in their lives. And in a country awash with dangerous weapons, it is just to be expected that those radicalized individuals feel emboldened by their leader to make themselves heard.
Whether their hate is directed against colored people, Hispanics, Jews or even journalists - it doesn't matter. For them they are all enemies who need to be killed.

America is standing on the rim of a deep gorge. Down below, the fire of hate is devouring decency, compassion, love and unity. It is President Trump who is fanning the fire.

Other countries have laws against inciting violence. In Canada, if I put a threat against another person on Facebook, the police will knock on my door the next day. Civilized countries have laws to protect people against lies and threats. Is Trump above the law? Or is America failing to indict and prosecute this monster of a president?

In criminal law, incitement is the encouragement of another person to commit a crime. Depending on the jurisdiction, some or all types of incitement may be illegal. Where illegal, it is known as an inchoate offense, where harm is intended but may or may not have actually occurred.
Compiled by: Peter at 8:21 AM 2 comments:

It's a dull-looking Saturday in October. It just started to rain a bit and Dixie and I are hanging out on the couch, while Bea is taking care of this year's tomato harvest, meaning she is making preserves for the winter. And THAT is something which is getting quite rare. Food industry has taught us that we can save time and effort by not making preserves in homey kitchens, but we haven't realized how dependent on supplies we have gotten. And then, of course, there are all these food additives that make store-bought preserves last for ever. Home-made preserves don't need these additives. 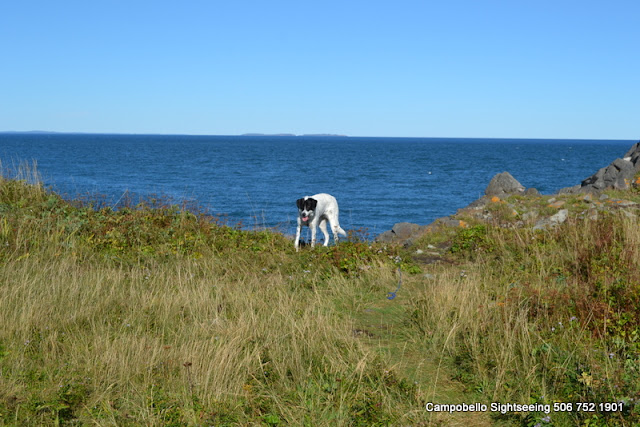 Dixie and the ocean

Above: Sunrise over Fundy Bay 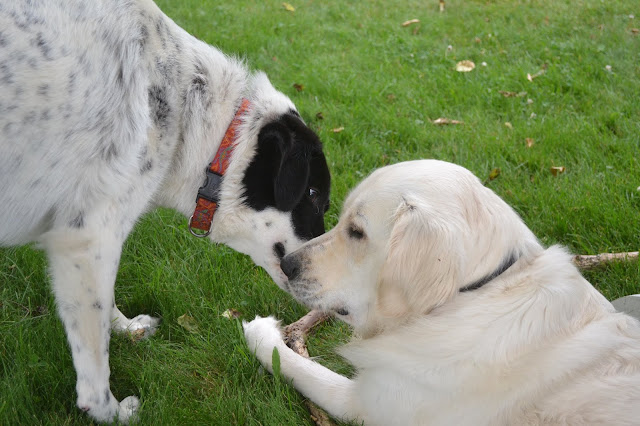 Above: Dixie playing with her friend Beau 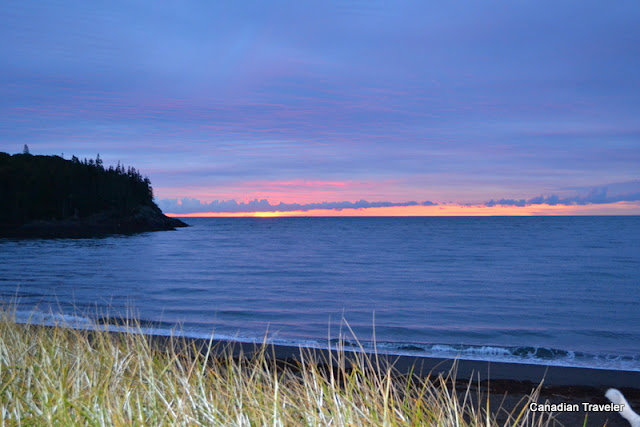 Dixie and I are still enjoying morning walks along Herring Cove Beach. 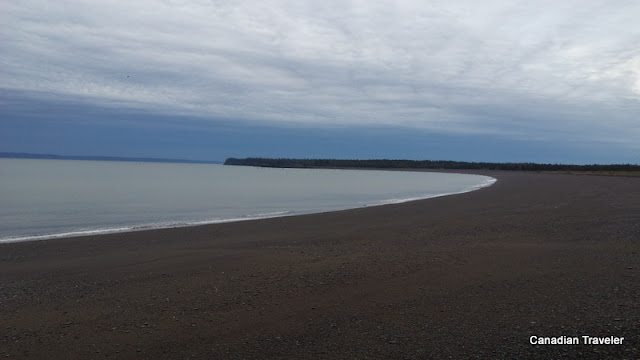 The Provincial Park just closed and we don't have to share the beach with the campers anymore.  Yet, some visitors are still arriving on the island. This weekend the Roosevelt Park is closing as well.

Next week a cruise ship with 220 passengers will arrive at Campobello and the Roosevelt Park will open up again for one day. We will have to shuttle people from the wharf to the park and back again.

Cruise ship coming in on July 14

That pretty much marks the definite end of season. Summer was great in these parts, though our lawn suffered of the dry weather. But with the recent rain, it has all gone green again.
Of course, October has come with cooler weather, and we have started using our wood stove again, especially in the mornings and evenings.

I have also been called out to Saint John where I have transported cruise ship passengers to the sea caves of St.Martins. 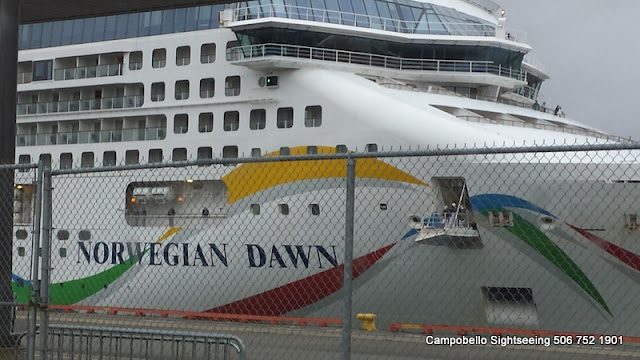 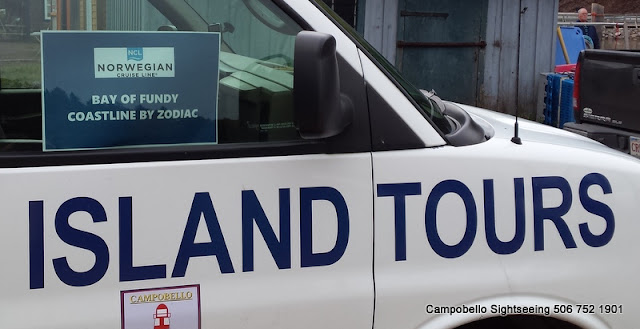 The last trip I made included the passengers to take a trip on a zodiac. The day after, winds picked up and we got our first storm of this fall. It was also raining all day long. But after this beautiful summer, it feels good with rain as it fills up people's water wells.