Why Are Trump Voters Dumb?

It is enough to look at Trump supporters appearing at a rally to understand that Trump voters are potentially dumb. Their hapless cheering and shouting right-wing slogans shows that they suffer of a significant lack of IQ. 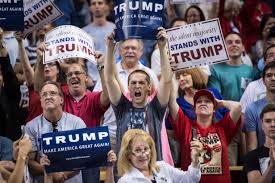 Their genetically impaired understanding of how a civilized society is functioning leads to a couple of key shortcomings. 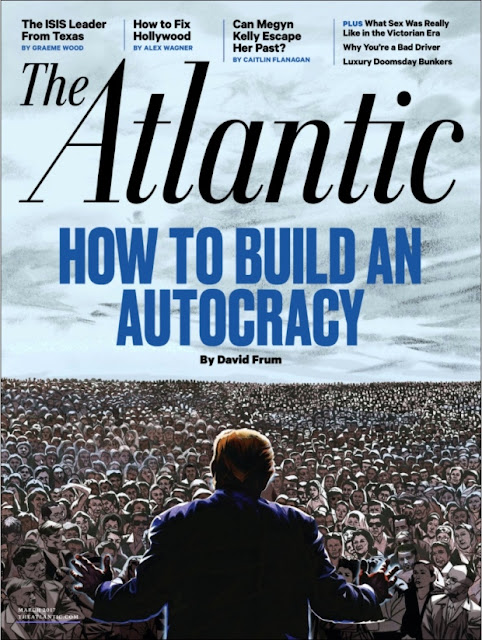 1. They do not respect human rights.
2. They are unable to recognize how a demagogue is manipulating the people.
3. Their lack of intelligence has lead to a poor level of education.
4. They do not know the principles of how government reaches their decisions in a democracy and are therefore prone to endorse a dictatorship.
5. They don't know history, and are largely uninterested in it and unable to draw conclusions.
6. They believe in rumours.
7. They don't care about the environment.
8. All they care about is the economy, but they don't understand its complexities.
9. They have not understood that corporate America is taking advantage of them.
10. Most of them are racists.
11. They have a profound lack of respect for women and people "from away".
12. They are essentially ego-maniacs and don't care about the international reputation of their country. 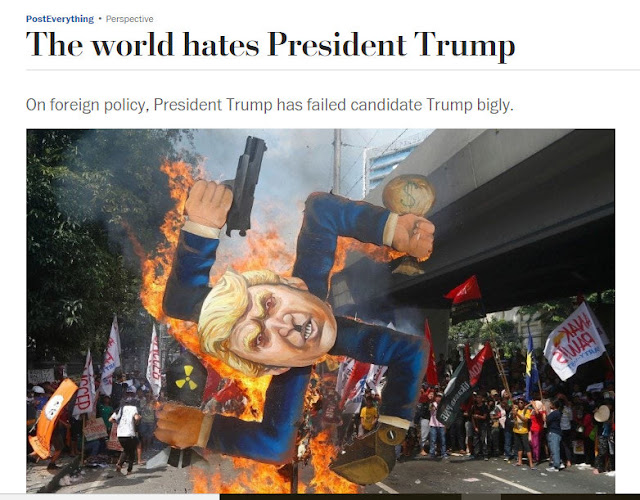 If I Would Enrich Myself

If I'd be a dictator like Trump, I would bash international trade agreements, impose tariffs on my trade partners and watch the stock values go down. Then I would use one of my many companies to buy up stocks. The next step would be relieving my trade partners of all previously imposed tariffs and watch my new stock portfolio go up and up and up. And then I would sell my stocks at a healthy profit. After a few weeks I would create the next trade disaster, watch the stocks go down, buy them again and watch them go up in value, selling them again after reaching top value.

I am sure you get what I am saying. Mr. Trump is enriching himself without getting caught. He is (ab)using the presidency for his own financial gain.

Dear Americans, your president is a treasonous crook! And besides of being a crook, he is an impolite monster and a general embarrassment to your country. In fact, meeting Americans in my work every day I hear it from them as well. They are ashamed of their corrupt government and apologize to the Canadians they meet.

But at the end, all dictators have suffered the same end of their tyranny. It'll just be a matter of time.

So Mr. Dumb-Trump is playing his games on the world stage again. But these "games" are now so grotesque that even his political allies in the house and the senate are now starting to say "Enough is enough". Naturally, the dumb-Trump voter base is still celebrating their hero as their own level of intelligence is deteriorating for every word spoken by this moron of a president. Putting off the facts found by American Intel agencies but believing one of the worst autocrats and former top KGB agents is nothing else but TREASON.

One might say that Trump's non-existing ability is the reason for his treason, but nevertheless it remains treason.

The fact that some central figures in the GOP are now starting to see the writing on the wall, does not mean that the rest of this coward bunch will start acting upon it. but we all know that if anything, just anything of this would have happened under President Obama the days of his presidency would have been over immediately, - and with good reason I might add.

While Trump is continuing his presidency as a Russian puppet, officials in Russia are gleefully celebrating their victory.
Compiled by: Peter at 8:58 PM 2 comments:


A month without mom: 2 Guatemalan kids share what it's like to be all alone in the U.S.
Sylvia and her 10-year-old brother Christian are among the nearly 3,000 migrant children who have been separated from their parents at the southern border — about one-third more than previously reported by the U.S. government.

Sylvia and Christian spent 32 days in the shelter, separated from everyone they knew, until early last Saturday morning. The shelter arranged to fly them to Los Angeles where their aunt Rebecca lives.
ll three of them join Rev. Fred Morris inside the North Hills United Methodist Church, where they stand in front of a map of the Americas pinned to the wall.

"They must have gone more or less like this," Morris says, tracing the likely route the family would have taken from their home in Retalhuleu, Guatemala, to McAllen, Texas.

"These two children who arrived here today are totally traumatized," he says.

Rebecca says after she got in touch with her sister, locating the children wasn't easy. It took days just to find their shelter and plenty of wrangling to get them released.

"That's why the majority of children aren't finding their family," she says. "Because it took a lot of hunting around to find them and they didn't know where they were for several days."

It's a story Abril Escobar is hearing more and more often these days in her role as a program assistant at the San Fernando Valley Refugee Children Center.

She says federal officials and shelter workers are making it "as hard as possible" to place separated children with families in the U.S. They're making families jump through too many hoops and delaying their requests with red tape, she says. "They might give up, and that might be the plan that the government has for these families," Escobar says. "There is no set plan to reunite them."
He says he doesn't have much faith in the Trump administration's ability to reunite migrant children with their parents.
"There's no way you can reunify these children," he says. "There are 2,500 children who in all probability will never see their parents again."
Compiled by: Peter at 8:49 AM 2 comments:

"I'm gonna drain the swamp", was one of the most loved campaign promises Trump came up with. And it surly is one of the least accomplished goals in his controversial agenda. Mr. Pruitt, the most destructive administrator of the EPA, and most certainly one of the most corrupt cabinet members, finally had to go home. His many scandals of financial misconduct made his head barely visible as he sank deeper and deeper into the Trump swamp. And besides of being corrupt, he was relentlessly at work to remove environmental regulations against pollution of rivers, streams, air and land areal. Transforming the EPA into an EDA was his goal. Yet, his policy of removing environmental protection regulations for the coal mining industry failed to bring back the thousands of jobs promised by his boss Trump. Also the rust-belt area has not yet seen any new plant start-ups. It's all smoke and mirrors in the world of Trump and only his notoriously dumb voter base is still believing the fairy tales of Mr. Trump.
Compiled by: Peter at 8:25 PM 3 comments: 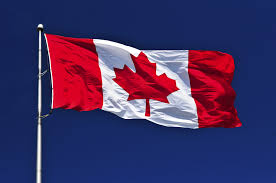 First I want to say HAPPY CANADA DAY to all Canadians! We love you Canada, you are beautiful far and wide.

It's been quiet here for 2 weeks, because I have been shell-shocked about what has been playing out south of the border. What I once loved so much has become a pit of cruelty and fascism. Families have been torn apart and children have been caged up without knowing whether they ever will be reunited with their parents. The nation America, once known for liberty and open-minded humanity, which once liberated Europe from the rule of a cruel dictator, has now turned out the ugly side of its face to see for the whole world. Instead of love and compassion, we are seeing hate, xenophobia and hypocrites.

Yet, this morning, on Canada day, I also see hope. The real America, as I knew it, is not dead. There are thousands and thousands of Americans, all across the country standing up and telling Trump and his executioners "You Have Gone Too Far". And there could not be a better spirit than this on Canada Day, when we as your northern neighbours, are grieving about what is happening all around in America.

It is only a few more days and America is celebrating its Independence day. This is the time for Americans to think about what their independence is built on. Think about your constitution, your values, your flag and what your country has become.