It was a strange feeling I had in the mouth. One of my upper teeth had split into two halves, or so it felt anyway. At first I thought it was just the filling, but the bastard was split - no doubt. So I decided to get an appointment at the Lubec Medical Center for the local dentist lady. Rather than calling it in, I made that personal visit. To say that I was disappointed when I heard that the first available appointment would be first week in December, would be a grotesque understatement, but then the receptionist offered to call if someone would cancel. And she would also let the doctor know about the broken tooth. So it would seem that my split tooth might have to stay with me for some time more.
Before I had picked up a gallon of milk at the grocery store I felt my phone start vibrating in my chest pocket. It was the dentist lady and she gave me a green light for looking at my tooth at 2:30pm.

I was back at the medical center 10 minutes early and hadn't been waiting for one minute when I was called in.
I knew that doctor from earlier visits so we got on well chatting. She commented on my accent and I had to explain to her the origin. She bemoaned her failing attempts to learn German when she would have had the chance, and in a way she suggested I could start teaching her. I started right away, and by Golly, we had a lot of fun, while she was doing her work. The fix she applied would not be lasting for ever, but she pointed out that the "Cadillac-Option" would make me fork over 5000 Bucks, which I wasn't in the mood for today. She served me up with the latest comical Trump idiocies, though she interrupted herself cautiously asking whether I would be a Trump supporter. And if she wouldn't have gagged me earlier she would have gotten a clear answer. But my eyes must have been speaking to her without words.

45 minutes after I had entered the center I was out again with a fixed tooth. This dentist is simply the best. I just wonder whether she wants to learn more German. :-)
Compiled by: Peter at 7:27 PM 2 comments:

The next day was a lot cooler so we continued digging around the lid of the septic tank. The metal clamps holding it down, were rusty and one was broken, but the other three could be bent bak to release the lid. We were able to remove the lid, which was just a rounded steel plate. The honey wagon was scheduled to come in the afternoon but first we called a contractor for an assessment on the tank condition.
Luckily, he found that the tank was solid enough to remain in service for maybe another 10 years. We concluded that we might replace it earlier than that, but for the moment we would keep it.

The honey wagon driver appeared in the early evening and was done within 15 minutes.

Today, we will refill the hole in the ground, but without the rocks. Also, I will make a solid box and place it over the lid, so it can be opened easily without major digging. A shallow cover of 4 inch of dirt should be sufficient. And a rock placed on top, will mark the location.
Compiled by: Peter at 7:33 AM 2 comments: 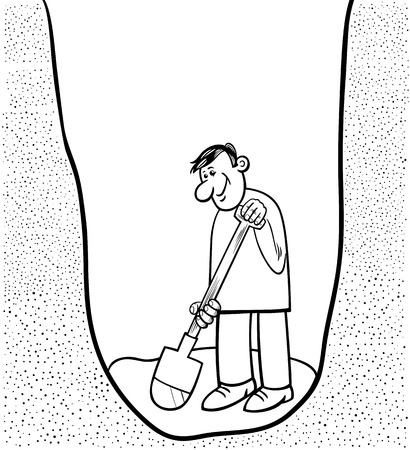 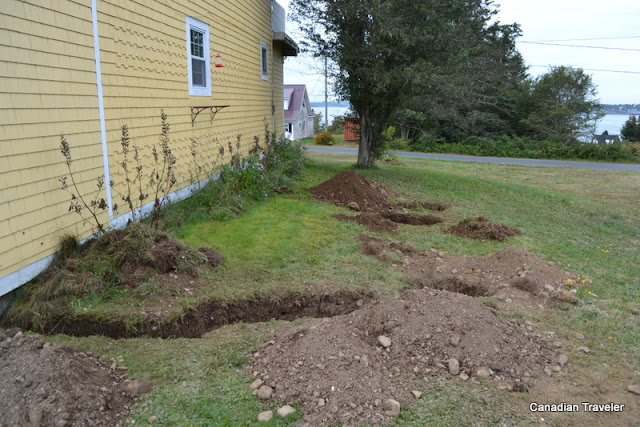 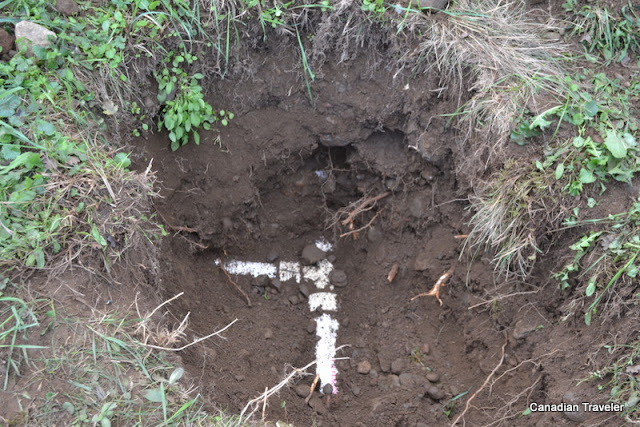 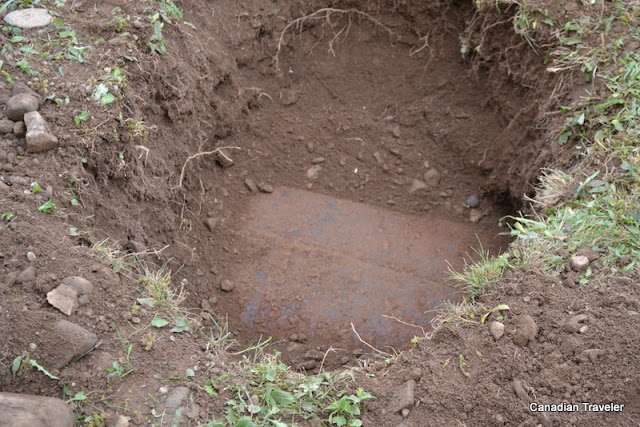 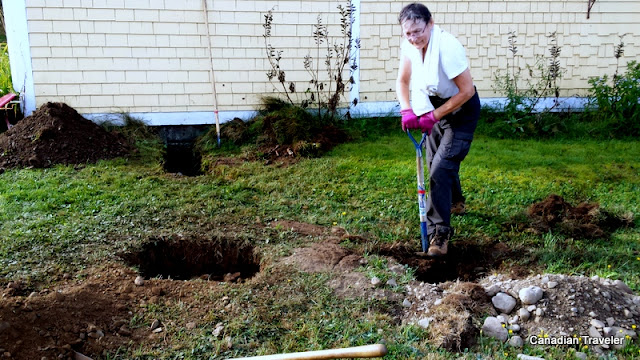 There Comes A Moment For Everybody

It is September and summer will soon be over. There are quiet days when time seems to come to a stand-still, but then there are also days when the winds of fall are picking up. Slowly colors are changing, the days become clear. The haze and heat of summer is gone. Tourists are now fewer and only a few more weeks will pass until restaurants and facilities will close for the winter ahead. It's a time for some melancholy and deep thinking.

Just a few days ago I lost my Dad. At 93 he has had a long and eventful life. Gruesome were his young days when he, along with thousands of young men, was forced into a merciless war. The pictures of death and destruction burning into his memory. The term PTSD, post-traumatic stress disorder, had not been invented yet, but what do I know? Did he have bad dreams after coming home? He never talked about it. Yet, he had detailed memories about where he had been posted, where he was shot at and certain people he met along the way.

At 93 he surly was between the last survivors of WWII. After mother passed away in 2012, he lost the spirit of life. His days became dull and senseless. There was little left to live for. It's one of those moments everyone is dreading. 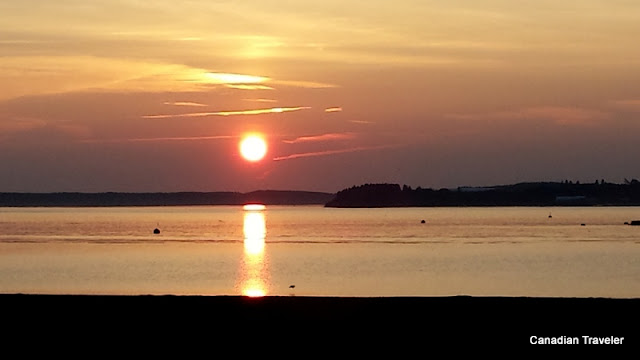 There also came the moment he couldn't care for himself anymore. So he moved into a nursing home, where he spent his last years. Dad had no medical issues. He died of old age.