People Fleeing Their Homes (With Update)

I am starting to wonder whether my generation will be the key witness to massive changes in our environment. For years the drought has caused wildfires to spring up in the west. Thousands of buildings have been lost, displacing the people living in them. Those who were affected and survived, had to start over again. This year previous records have been broken. The number of fires raging in the west (and even in North Western Ontario) is getting higher with every day.

At the same time, other areas are experiencing devastating flash floods like never been before.

This morning we woke up to terrible news from Bea's home town, Ahrweiler, Germany. The river AHR runs through town and we have enjoyed nice walks along the river under previous visits in town. Today, the area looks quite different. Gone are the idyllic views across the peaceful flowing river. Catastrophic flashfloods in the area have caused the river to swell way above its normal bed, causing unprecedent damages in the many small towns of the Ahr Valley. Roads are gone, bridges threaten to crumble, the power grid has been shut down, fire brigades are trying to rescue people from their house roofs and upper stories, but some villages and towns are still isolated. Rescue workers can't get to the people as roads are gone. The German army has deployed tanks to go on rescue missions. France, Italy and the UK have offered to help with money and equipment. The death toll currently stands at 46 with many more not being accounted for. Damages are already estimated to be in the billions. 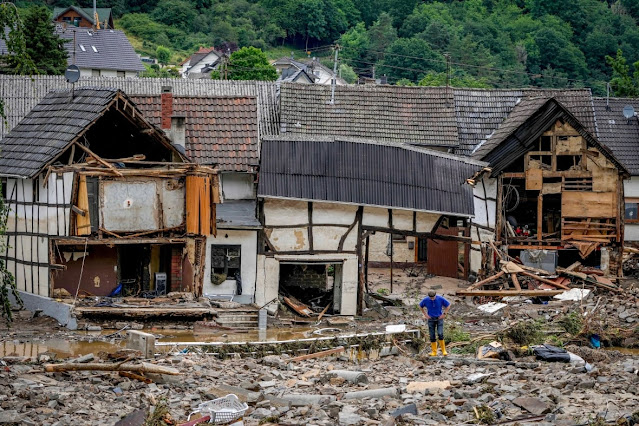 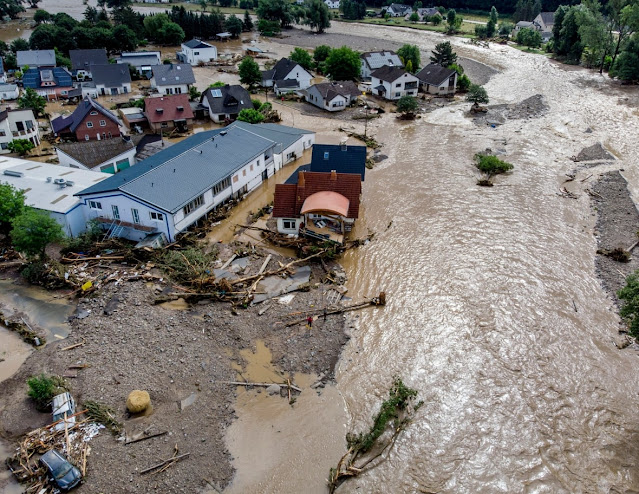 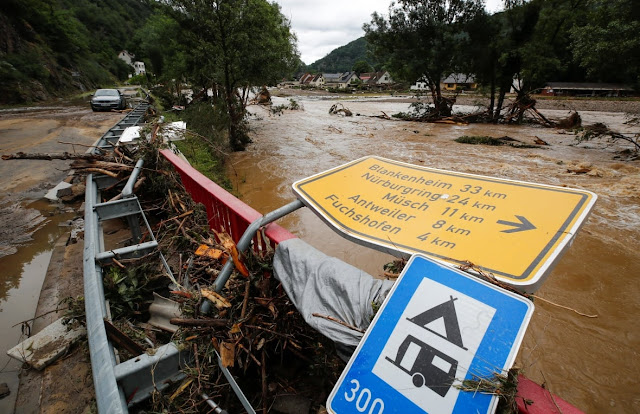 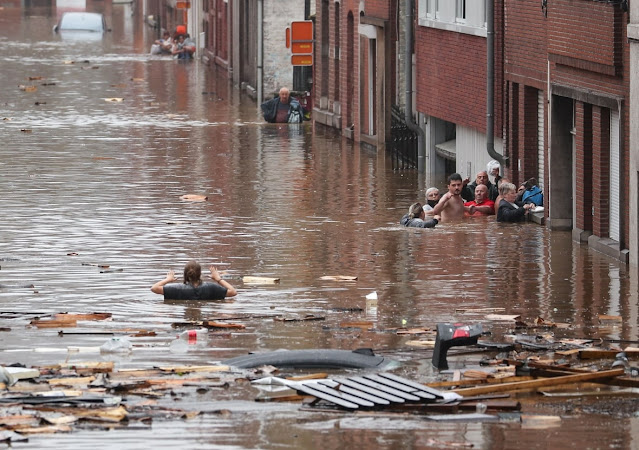 Bea still has family in Ahrweiler, and her cousins have fled the town. Their homes might be a bad sight upon their return. We are also thinking of the cemetary where Bea's mother was just buried a few weeks ago. It's not far from the river and we know it has been flooded. Over hundred seniors had to be evacuated from the nursing home where Bea's mother spent her last years.

The terrible truth of this is that our lives are so fragile that everything we love and use every day can be destroyed within hours of a downpour.

We feel sorry for all those affected by this catastrophe.

UPDATE: The devastation in South-West Germany is much worse than anticipated at first. Bea's family is in distress and Bea has opened a Go-Fund-Me page for people to donate. If you only donate 10 Dollars, it will help her family members in their recovery. Thank you for your consideration.

Summer can be a bummer. And this time not because it's too cold, but rather the opposite.

Canada experiences early summer days way above the normal temperature range. And it has very sad consequences as almost 500 people have died because of heat stress. Yesterday, the small village of Lytton, B.C. burnt down. In the days prior to the fire, the town broke every heat record with temps topping out at almost 50C (122F). From the moment the mayor noticed some smoke at the south side of town until the entire town was burning, it took only 30 minutes. 260 people lost everything they owned and about 1000 have been evacuated from surrounding areas.  B,C, has been plagued with wildfires over many years, yet it is shocking to hear about a disaster like the one from Lytton, BC.

But Canada also is in the midst of another disaster. Hundreds of unmarked graves of indigenous children have been found at the sites of former "residential schools" where those kids had to endure catastrophic conditions of malnourishment and inhuman treatment.  Many were outright murdered. And this has been going on from the 40s throughout the 60s. Ever since the first graves were discovered, Canadian flags across the country have been set at half staff.

Inconveniently, Canada Day was coming up on July 1. To mark the country's compassion with those children's families, the celebrations of Canada Day have been canceled over the entire country. While Canada Day parades were canceled in 2020 due to the pandemic, this time it is the national mourning after an unfathomable national tragedy.

Back to the hot days of summer, even the east coast has been seeing the mercury creep to almost unprecedent high levels.

Naturally, we also got thunderstorms. Ever since we moved to the island we had not experienced a storm like the one we had yesterday.

The sky turned just black and then thunder started rolling, first in the distance, but coming closer and closer. When the rain hit, I took a short video through the window.And then it was Canada Day. A few neighbours came together for a chat and to remember Canada Day. It was a nice thing to do and it was the right thing to do. The pandemic has taken an emotional toll on all of us and with the recent tragedies at home and in Florida, it was good to have a couple of hours of enjoyment. 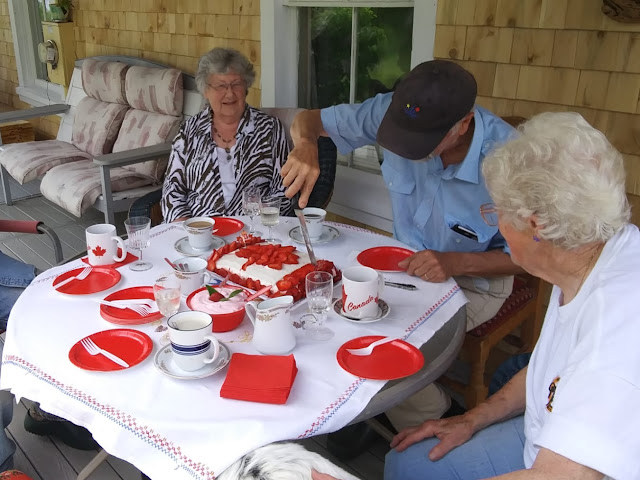