Waking up in the desert is something most people don't know about, nor will they ever experience it.

In its intensity of an overall feeling it is comparable to waking up at a beach hearing waves rolling ashore.

There is the smell, the morning chill and the sounds or absence of such respectively.

I was up at 6am and the first curious look out the window was confirming that we would be having a glorious day of sunshine. The sun hadn't reached above the horizon just yet, but an orange glow had appeared announcing the sunrise.

I let Dixie out and I noticed that the air was quite cold. During winter months cold mornings are common in the desert. Within 1 hour I had thrown off my jacket. 30 minutes later we were already heading out on our traditional morning walk, down the camp ground and up again at the irrigation canal. By then I felt overdressed. Long pants were exchanged with shorts and the sweater came off as well.

First thing on today's agenda was a short drive to Holtville to get cash from an ATM and some drinking water. Of course I had to give in to the temptation and stopped at the Mexican Donut store. Their huge otherworldly donuts are worth every penny. And besides of donuts, they are also serving anything from breakfast sandwiches to full-blown dinners, also available as take-aways.  I also paid a visit to the local grocery market for milk, some vegetables and fruit. Then I dropped into a car wash to give the van a rinse as it was covered in grime from the day-long journey.
At the hot springs I filled another container with hot water which I later used to clean up the trailer with.

A check on the power gauge confirmed that our solar panels did what they are supposed to do - charging the batteries.

I started the inverter and we got 120V going right away. 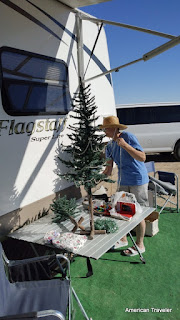 Bea decorated our mini-Christmas trees and later I hung the solar lights.

The rest of the day was spent relaxing in the sun, listening to my favorite music which is "American Song Book".

I can receive radio channels on my phone and beam it via Bluetooth to the built-in stereo of our player.

After supper, which was chicken and rice, we went to visit fellow campers around the camp fire, where the most outstanding new travel stories were shared and most of the world's problems were "solved".

This is more or less a typical day in the desert, though there are also lots of other things we can do such as drives to a variety of local attractions, visiting flea markets, and attending events in the nearby towns.

An important part of camp life here at the hot springs is - the Hot Spring and its free use of hot shower or soaking in a hot tub. Where else can one do that?

Sorry, not many pictures today. 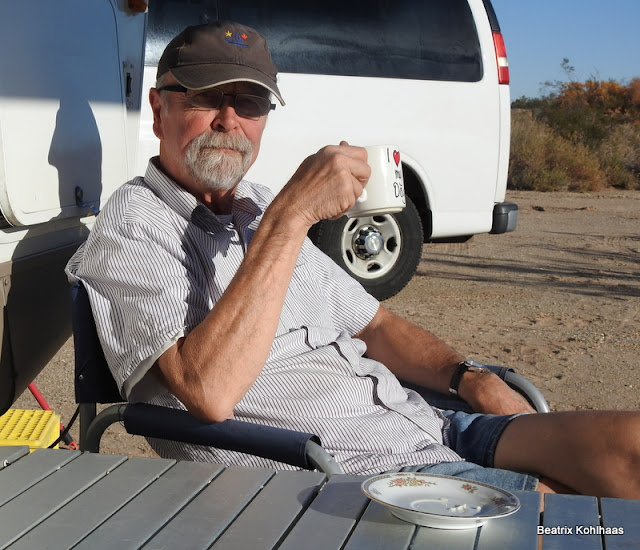 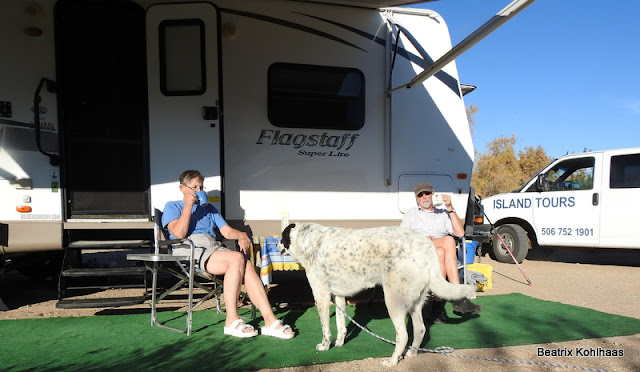 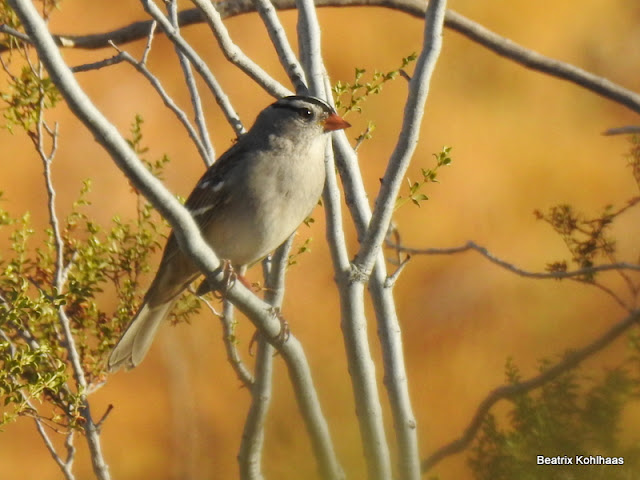