Dogs And The Desert

Traveling with Dixie has been subject of previous talks between us. Dixie is not your average dog. She is vocal when she meets strangers and she just not like a retriever or labrador who "love" all people at first sight. With some supervision she can be controlled, but it just requires more of our attention. Now, Dixie has always exhibited a friendly attitude to other dogs, which has been a blessing.

Yesterday, Dixie met "Snow", a Great Pyrenees. This was also the first time she met a dog bigger than herself. "Snow" weighs in at over 125 pounds, though he is only 3 years old. We met "Snow" outside of Dixie's territory and they found each other quite interesting. But when "Snow" started to show interest in jumping Dixie, she snapped at him, showing him the border. 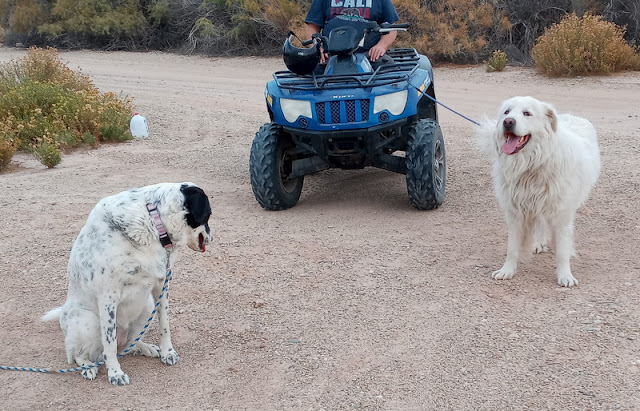 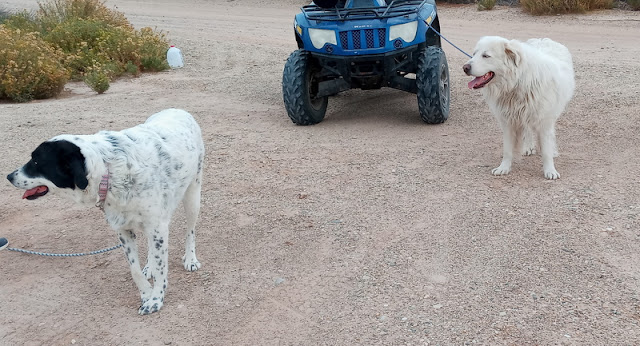 OK then let's see what kind of guy this is. You be there Dad?

Hm...seems like a nice guy
If Dixie gets too vocal when outside, we take her into the trailer, where she lies down for a sleep.

So, after being away from home since November 11, we were in need of replenishing our food supply and getting our laundry done. So we went to El Centro where we stumbled across a German ALDI-store. We love ALDI stores and their European slant of foods. So had to go there instead of Walmart. Great choice! 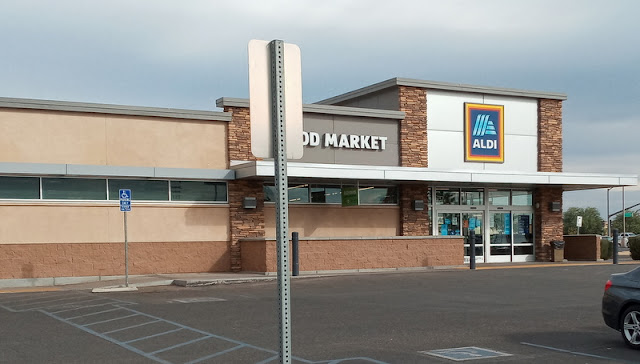 Afterwards we went straight to a laundromat, we had used many years earlier. I must say it's a very clean place and a world of difference compared to the dirty place in Holtville. 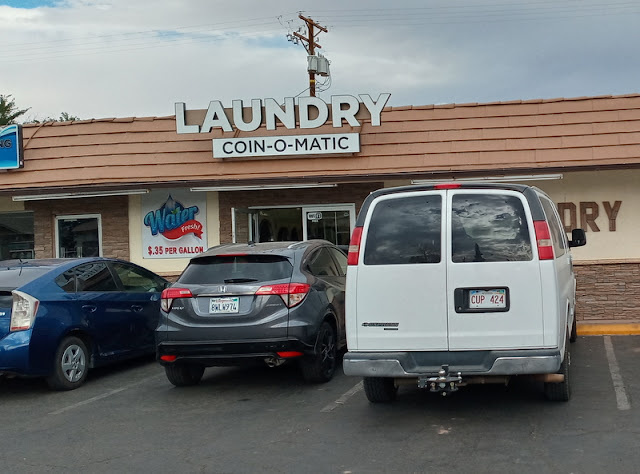 While Bea was inside dealing with the machines, I took Dixie for a little walk up the residential street. As we followed up the sidewalk, we were "greeted" with a crescendo of dog barks from just about every house. Dixie got so annoyed by it, that she wanted to return to her safe "haven", the van. It is obvious that people are keeping dogs as guardians for their property in this area.

Yesterday evening we BBQed burgers. As you can see, Dixie was quite interested in our meal. Since she is a tall dog she can look across the table. 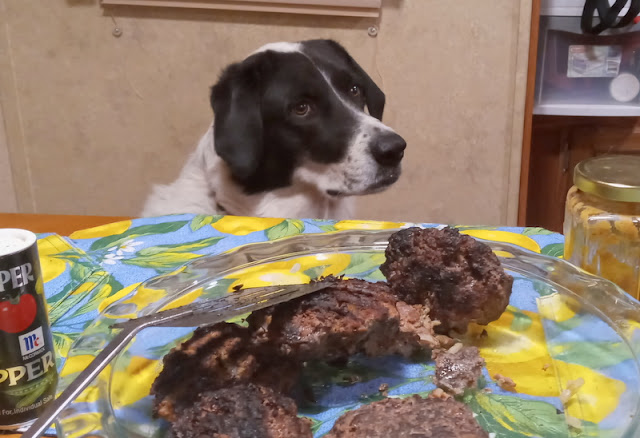 One of the wonderful things out here are the beautiful sunsets and sunrises over the desert.