Day 4: We Will Never Forget THIS Adventure

After a pleasant night spent at Walmart Camping, we ready to roll at first daylight. It was overcast and obviously gonna be a grey day. However the weather exceeded these expectations by far.

First we got the rain, then the snow came. Soon the road and its traffic, turned into a white mess, where details were hard to make out. Under low speed we plowed along using our hazard flashers as warning to other vehicles, especially the ever racing truckers. In this kind of weather they could simply "overlook" our white rig. 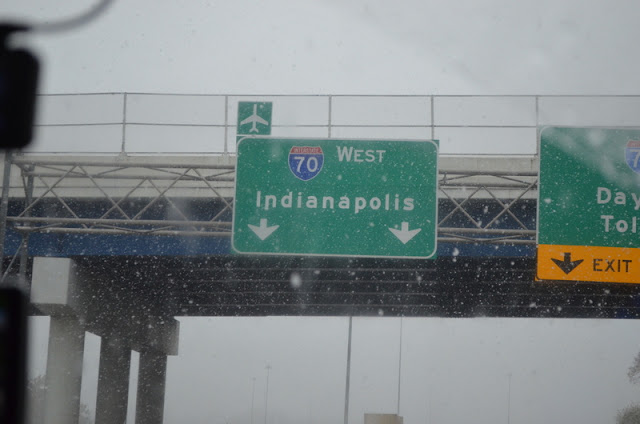 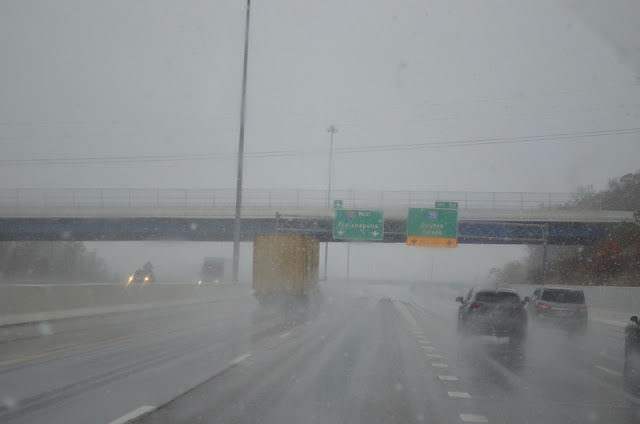 Snow turned back into rain and my alertness into tiredness. Geez...this was torture. But we were plugging along eating mile after mile. As soon as we had left Ohio rolling into Indiana, the roads became a broken mess. The I-70 is absolutely terrible and we were wondering why the roads around Indianapolis were so neglected. Even today, on a Sunday, there was a mind-boggling amount of traffic, and road construction was going on in several places.

But it was time to look for overnighting again and we had set our goal to the Walmart in Terre Haute. So we tried to call but didn't get any answer. When we arrived there, we found the dreaded red signs "No Overnight Parking".

But Bea had seen a campground from the highway and that's where we found a space for the night. 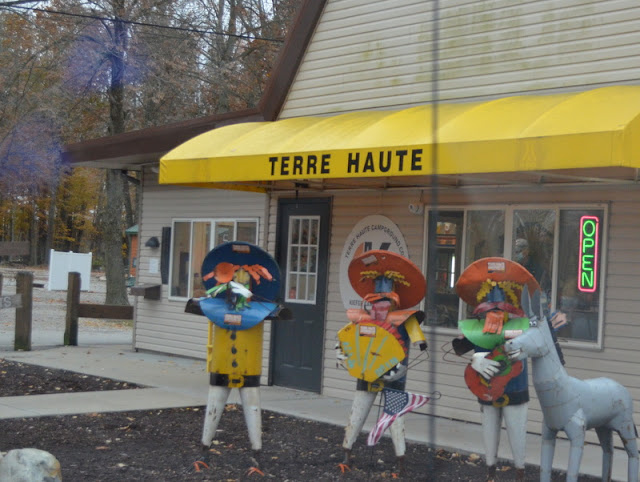 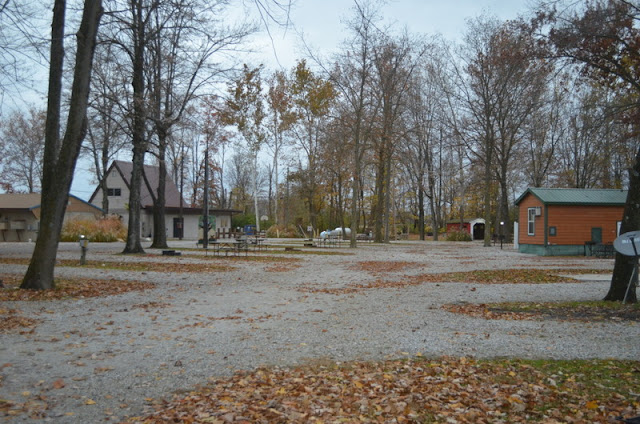 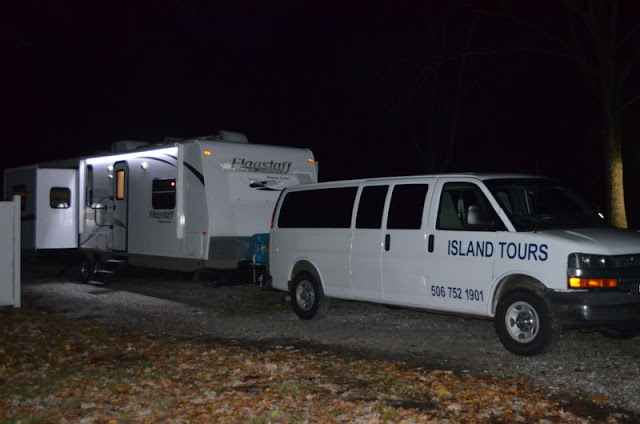 The campground in Terre Haute is a former KOA and is now called K-Camp. (lol) It is old and run-down, but it does have full hook-ups. When you call them you will have to listen to a really ridiculous commercial interspersed with "happy music". But real answers by real people are in short supply. So we are OK here.

For tonight strong winds are predicted, but we are safely tucked away between trees. And I will surly enjoy a very, extremely peaceful night here.