The Grip Of Winter

Yesterday, it snowed all night and that wouldn’t have been too bad, hadn’t it also been blowing like crazy. There was a snow drift right behind our entry door and a glance over to our garage showed an even higher snow drift in front of the garage door. This would be much work, I figured. And I was right. After making headway from our door to the driveway, I did the driveway down to the road. That darn snow plow had pushed up the usual barrier down at the road. After the driveway I drove down to the public library where I, as in previous years, have taken on to keep the walkway open. Next on the list was the wharf. By the time I was finished there, it was 11am. On my way back home I stopped at a neighbour’s house and cleared their driveway, which is much shorter than mine, and made a pass to their entry door. 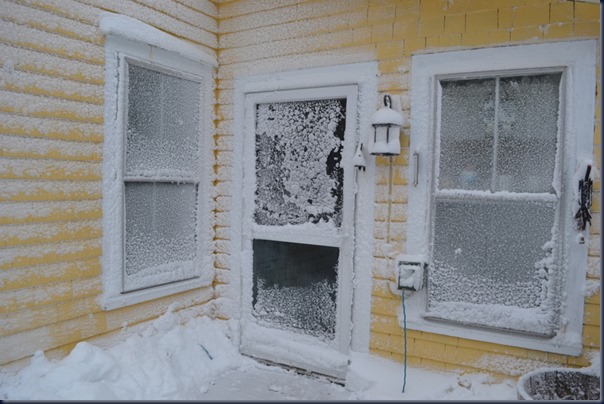 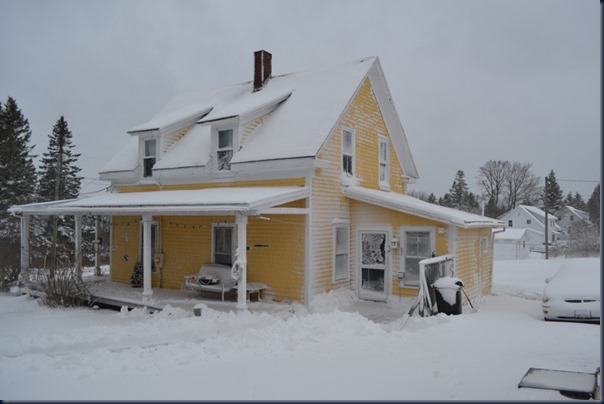 Coming home, I saw that the darn storm had blown snow across the path I had made earlier from our door to the driveway. And that was basically going on all day long.

While I was working with the snow, Dixie was just having a blast. 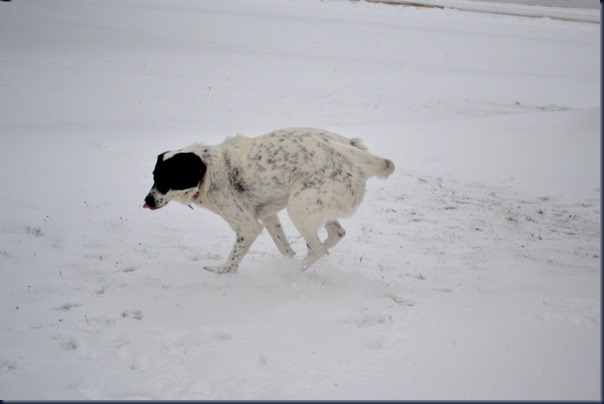 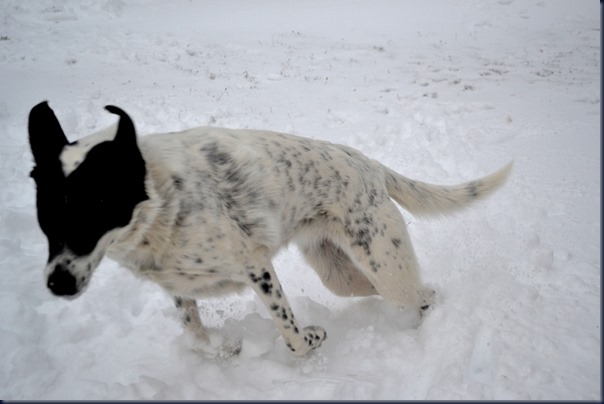 On the good side we sold Bea’s Buick which had only been advertised 36 hours. We have to deliver the car today, as the buyer has no passport and can’t cross the U.S. to pick it up with us. But that gives us a chance to also register the new van in town. So we are going to have another busy day ahead.