The End is near, so they say, only a few more sleeps and the year is 2019. Did I ever think of moving into the year 2019? Of course, I did not. Not when I was 19 or 29 or 39 or even 49. Never crossed my mind. But today, today I am thinking of it…a whole lot. Lately, I have been thinking of getting old so much that you might call it a senior life crisis. And I walked over to my book shelf and pulled out a very old album with pictures of my grandparents. And in it I found one yellowish photo where somebody had written the year 1919 on it. This photo is a full 100 years old. The passage of time is puzzling. Puzzling and scary it is. None of the persons from this album is alive anymore. It is an album of the dead. The next generation wasn’t born yet. There is my G-Grandpa, my G-great uncle, my dad as a small boy, my beloved G-grandma, which I remember vividly. Yes, it’s the one dying in a car accident in 1963. I was sitting at the kitchen table and was crying my eyes out. I had just seen her on our street, hit by a car. 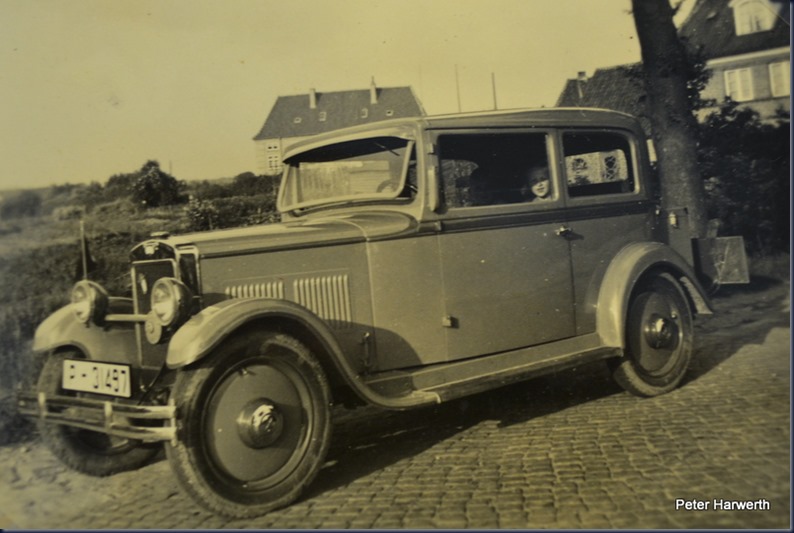 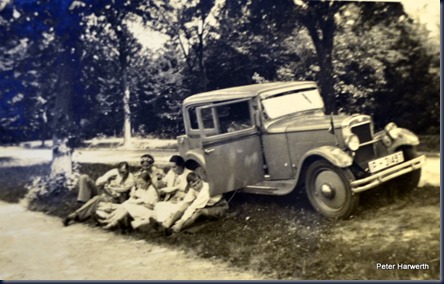 Her son, my Grandpa, had been sent into WWI, then in the thirties, that Hitler asshole came to power and my Grandpa hung a Nazi flag from his house and even his car, a Hanomag had the dreaded flag on the right side. I guess, as a business owner he had to do it to show that he was on their side, even though he might not have been. In 1940, my dad was old enough to be drafted and the third Reich sent HIM into WWII. Once, when he was stationed in Belgium he had found an American behind a rock. He could not speak English but he could say “Hands Up”. He had just taken a prisoner. Later he got engaged in the battle of the bulge. His commander stuck him and his comrades into American uniforms and sent the bunch in an American Jeep to the American side, where they were supposed to burn off the fuel depot the Americans had established. The episode is actually part of the American movie “The Battle Of The Bulge”. 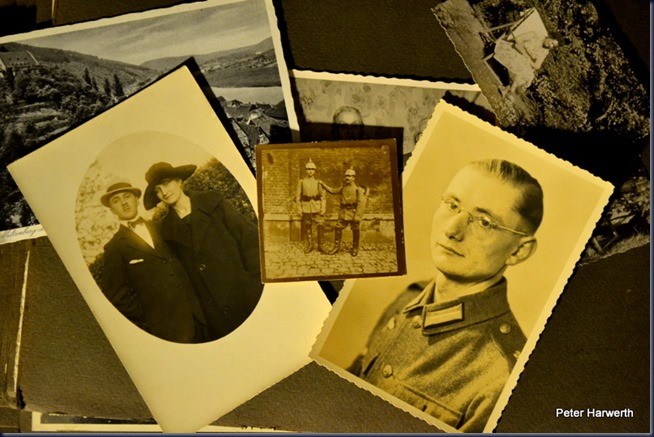 He ended up in the hospital three times with gunshot wounds and grenade splinters in his leg. And when the end was near, Dad was in bombed-out Berlin where a professor had told him, sorry your splinter in your knee cannot be removed. And then it was all over and he walked home 400 clicks from Berlin.  And my Grandma and Grandpa were glad to see him come back alive. He married in 1950 and two years later I was there. I am not in that album. And I never joined the military, cause my eyes were catastrophic. Hell, the doc took away my glasses and I almost hit my head on the wall, before I could see the letters there. They thought I was faking it, but then they checked my glasses. Get outa here, was the message. Thanks be to God.

We carry those memories for our entire life. My Dad wrote it all down and so me and my brother know about it. It is water under the bridge, but it has sharpened my senses for watching out for other “Hitlers”. Hence my “love” of the current American President.

Thought, I wanted to point that out to you before we enter into 2019