Today, breakfast was at 6am and I (again) was the first guest. This “Red Roof” was organized the same way as the one in Walterboro, though quality was somewhat lower. But so was the rate. Pulled the bed cover over my head at around 9pm and that was not too early.

It was still dark when I got the van rolling this morning. However it didn’t roll very fast. As soon as I hit the Interstate, I was part of the congestion. At 6:30am and still some 50miles from Washington DC, I was a bit surprised. And so it kept going, sorry, I mean crawling.

And it got worse. Alexandria was as fast as if I walk in a garden picking flowers. Then, finally, Washington itself. A sign beside the road warned of “Gridlock”. As if we didn’t know it. From a high elevation overpass I could see the Capitol. And lo and behold there, I swear to all political gods, right there in front of the stately building, I saw Trump puking all over the front stairs. The Cohen case must have been just too much for him. 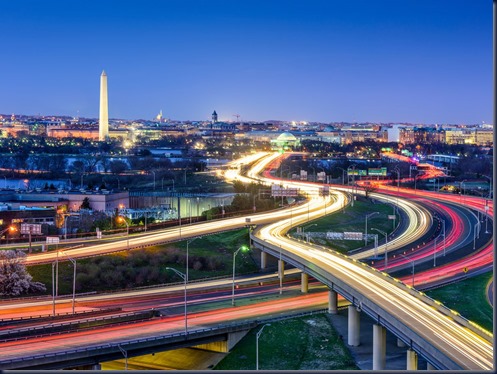 But albeit the journey was slow, I noticed signs to f.ex. “Pennsylvania Avenue”. (Number 1600 is soon to be vacated and may be ready for President Pelosi). Then there was “U.S. Senate”, “Capitol Hill”, yup - kind of interesting to see the places the rest of the world used to have respect of. Sad!

There was another much smaller congestion around Baltimore, but really hardly worth to mention and I hardly noticed Philadelphia staying behind. New Jersey was next and I wonder why those Jerseys put up signs at the toll stations sayin’ CASH right lane when the right lane is for E-Z-Pass only. Well, I just been sliding through there – who cares?

Manhattan was hardly visible from the Jersey side. The sky was very grey and a cold nasty air obscured the view. I followed through towards “George Washington Bridge”, and crossed it at precisely 1:15pm. Bridge toll is now $15 pr. car! 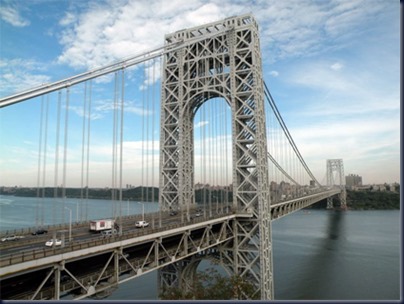 And here I got into another congestions of sorts, yet I have to say that Washington beats New York, by far!

Heavy traffic continued all the way through Connecticut until I finally got onto I-84 towards Boston. But now it started snowing, not heavy, but steady. And it got dark. And one shouldn’t believe this, but if you remember the posting from March when I came from the west with a Mercedes from Manitoba and I had to get off the road at Sturbridge,MA, …..well it happened again. However, I was not going into that dreary “Days Inn” again. No Sir, this time I had set my mind on something better and chose the Comfort Inn. It is 70Dollars less than the “Days Inn” and super nice. A large comfy (and warm) room, a warm breakfast in the morning and friendly front counter staff ladies. And you wouldn’t believe that just another New Brunswicker was checking in when it was my turn. Small world.

Once I had set up in my room, I skype-called Bea. Told her about my day and she said she’d been out with Dixie for a long walk in the park and also had a great chat with our neighbour at their place.

Even though I had no plans for a big dinner, I changed my mind when I discovered that the hotel had a Cracker Barrel as closest neighbour. Me, I have never been in one, so had to check it out.

Food was great, but their merchandise is expensive and…well kind of not my taste. You go there for gifts, you increase the clutter in your house.

And that,friends, was all about today. I’ll be home for Christmas, and not only in my mind.