…that was what my friendly GPS-lady told me after I had crossed the northern Part of Florida today finally reaching the east coast and I-95. And that was all which was necessary to get me settled in on the old routine of eating up mile after mile. And boy how did that ever feel good. I was in for the home run, the destination was set and I cozied myself into the driver seat. I had thrown in a nice CD which I had taken along from home, and thoughts were spinning from long gone days on the road to future adventures. From my position, this van felt just like the big motor home we once had, just comfy and quietly sliding along on my way north. 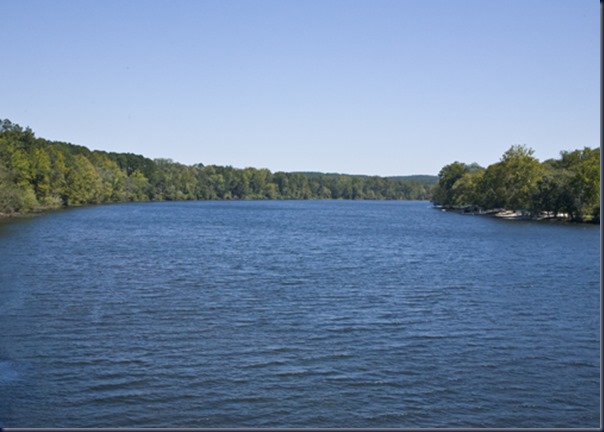 The Savannah River, as I saw it from the highway

I left Florida behind and still had Georgia on my mind, when I crossed the Savannah River sliding into South Carolina. The sky was deep blue and the sun started to warm through the windows, so I had to turn down the heater. 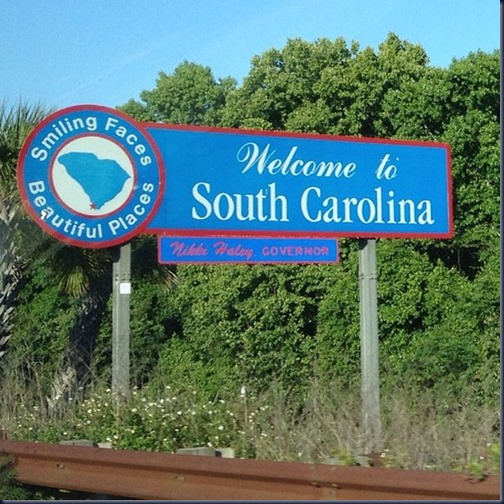 A few stops for gas and before I knew it the little hand on my watch was pointing to 4pm. The sunlight turned golden and soon it would be dark. I had done enough and asked the GPS-lady for a place to sleep tonight. She offered the Red Roof Inn in Walterboro, SC, and that was only 10 more km. And that’s where I shut her down. I had started the day shortly after 9am after finding out that Fruitland Park,FL had an ALDI-store. I can never resist to visit German ALDI places. They have all the German Goodies I know from long-gone era of German Christmases. But I had to hang around their parking lot until they opened up at 9am. I won’t have to do that tomorrow, as breakfast here at the Red Roof Inn is ready from 6:30am. So I should be out early enough.

Now, being the only person in the van, I could not snap off any pictures. So what ever is here, I found online.

And if you want to know what Bea has been doing meanwhile you can click on her blog: http://gosidewalk.blogspot.com/2018/12/up-and-down.html