Trump Has Defeated Himself

The president, trapped without a decent exit in a predicament of his own making, will yield everything and get nothing. 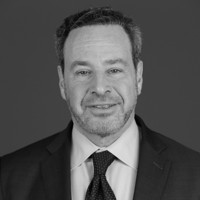 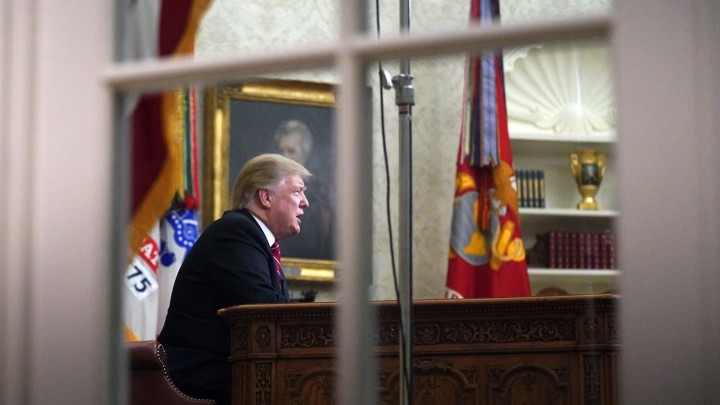 Well, that was the shortest, most easily resolved national emergency in U.S. history. Twelve hours ago, the president was preparing to set aside the regular process of law. By 9 p.m. eastern time? Not so much.

Perhaps somebody pointed out that 15-year civil-engineering projects do not look very convincingly like emergency measures. “My house is burning! Time to begin the process of calling for design proposals for a new fire station.”

Get the new issue now.

Subscribe and receive an entire year of The Atlantic’s illuminating reporting and expert analysis, starting today.

President Donald Trump is about to discover the reverse side of Richard Neustadt’s famous observation that the most important presidential power is the power to persuade. Trump’s conduct as candidate and president long ago deprived him of any power to persuade anyone not already predisposed to support him. To date, Trump has governed by leveraging his high approval rating within the Republican Party. From the point of view of former Speaker Paul Ryan and Majority Leader Mitch McConnell, Trump’s 90 percent approval rating among Republicans mattered a lot more than his 39 percent approval rating among Americans in general.

House Speaker Nancy Pelosi is not susceptible to that “majority of the minority” logic. What she has to worry about is Trump’s strength among Democratic-leaning voters. That strength, Trump squandered long ago.

There is a real immigration problem on the border. Central American migrants have figured out that by showing up at the border in family units, they will be admitted into the country pending the adjudication of an asylum claim. The asylum system is overwhelmed, adjudications take months or years—and long before then, the would-be migrants can vanish into the U.S. labor market. Few Central Americans prevail in their asylum claims. Almost all end up staying, anyway.

The solution to that problem is not a lengthy process of design, tendering, land expropriation, grading, and construction. The solution is to get more adjudicators into the asylum system now. If cases are resolved fast, and border-crossers removed promptly, the surge of asylum seekers will abate, as it abated in 2015 after the Barack Obama administration cracked down on the 2014 Central American border surge.

But Trump has never wanted a solution. He has wanted a divisive issue and a personal monument. Futile though that monument may be, he could have gotten it, too, had he been willing to trade something attractive to Democrats. But Trump was never willing to bargain. Senate Republicans would not let him: They saw no point in the border wall, and were unwilling to barter for it.

George Packer: The suicide of a great democracy

More fatefully, though, Trump’s vision of leadership allows no room for bartering. He imagines the presidency to operate on the principle, “I command; you obey.” More even than his wall, he wanted to coerce the Democrats into a surrender by the sheer force of his mighty will. Except Trump did not have the clout to achieve that.

“Leverage: don’t make deals without it.” The words appeared under Donald Trump’s byline on page 55 of the 1987 best seller The Art of the Deal. Trump did not write them, and he seems not to have understood how to apply them. In this budget shutdown, Trump discarded his leverage from the very start, by declaring for the cameras that the budget shutdown was his decision, his responsibility. When the shutdown began to hurt, Trump and his surrogates hastily tried to transfer the onus—but it was too late. Everybody knew that it was Trump’s doing, and that it was done for reasons rejected by large majorities of Americans.

The idea of invoking “emergency powers” was a last grasp for the leverage Trump had already abdicated, and it had to be abandoned for fear of what the courts and public opinion would say.

After the January 8 Oval Office address, little doubt remains of how this shutdown will end. Sooner or later—probably sooner—it will end the way Trump’s threats of nuclear war upon North Korea ended: with a sudden Trump about-face. It is now only a matter of time. The polls will arrive over the next hours. Democrats and Republicans will both see that Trump did not move public opinion in his favor. They might see that Trump could not even motivate very many Americans to watch him. The panic slowly building among congressional Republicans will boil. Trump, trapped without a decent exit in a predicament of his own making, will yield everything and get nothing.

Trump will cope by locking himself into the Fox News closed-feedback system of flattering disinformation, emerging only to emit enraged tweets pretending he won big and denouncing the media for reporting otherwise. He might even convince himself to believe it. His political allies will repeat it without believing it.

But he will have lost. Lost humiliatingly. And he will have done it almost entirely to himself, before the amazed eyes of the opponents who, dumbfounded, watched him do it to himself, without a plan or even much of a reason, other than the empty and fleeting joy of feeling briefly powerful by inflicting pain.