Sun Was Out Again Today

After snow, then ice and now finally milder weather the sun was out on duty again today. Yesterday’s storm reached up to 114km/h (over 70mph) and consequently there was a huge surf along the beach. Thanks to the ground being solidly frozen, no trees fell over during the storm. 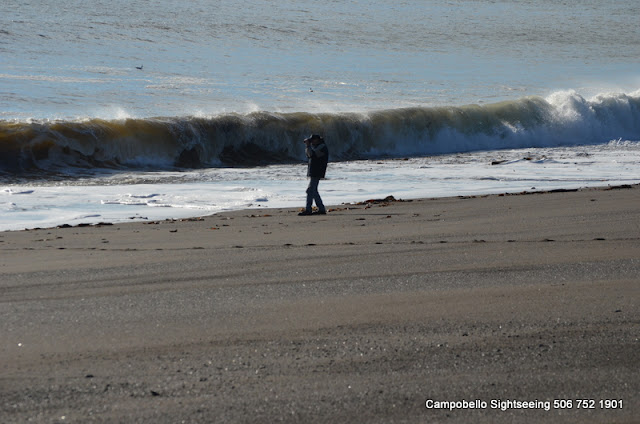 I was out on the beach early with Dixie being a 100% excited to run along this huge empty beach. It was low tide and the beach was easily 200ft wide. Last tide had been high up and it was obvious that the waves had reached into the marshy meadow behind the sand barrier. 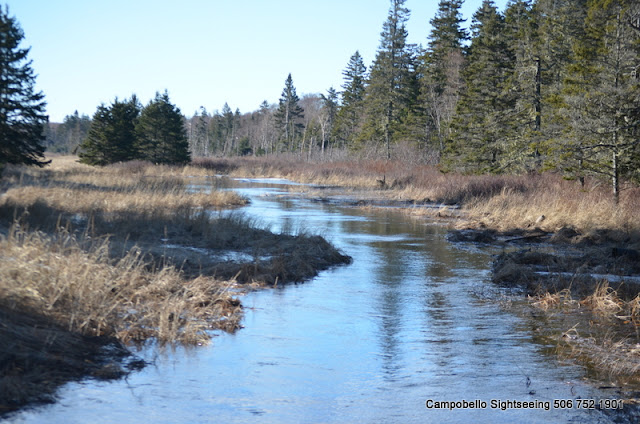 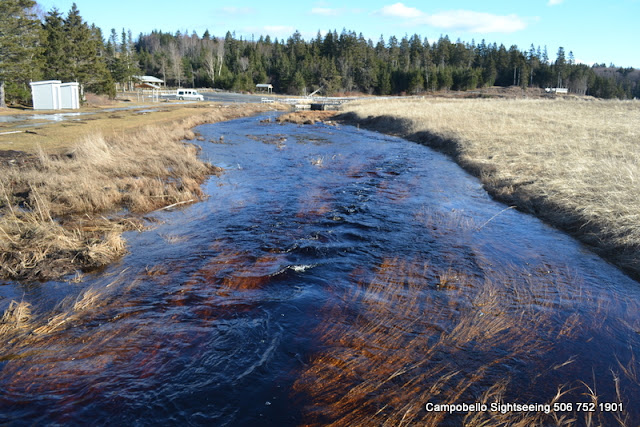 Hours later, we went back to the beach. Now it was nearing high tide and the waves crashing ashore were among the highest I have ever seen her on Campobello, some of them reaching 10-12ft. 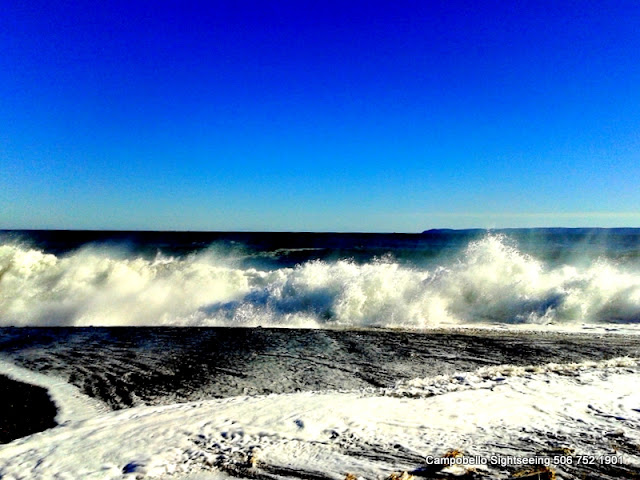 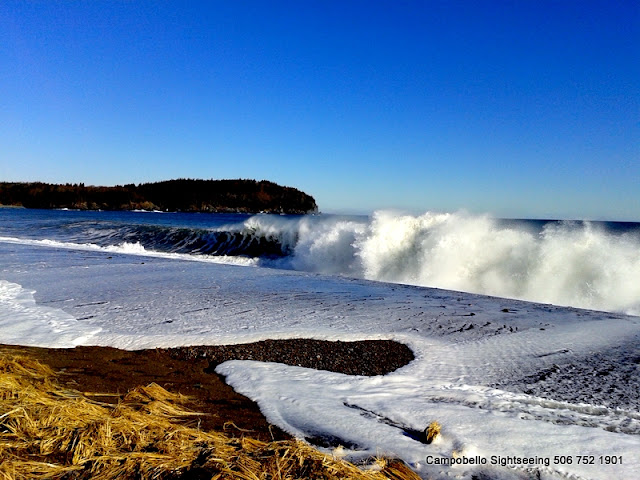 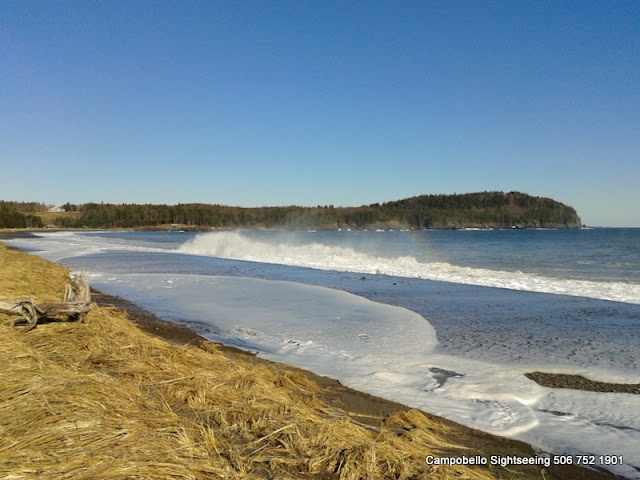 On our way back to the parking lot we had to walk on top of the grassy edge, about 4ft. above the sand. The biggest waves were now covering the entire width of the beach and we would have gotten our feet wet if we’d stayed on the sand. Also one can’t be cautious enough when it comes to the power of rushing water. These waves can push a person off its feet and sweep you out at sea.

The show mother nature had put up for us was simply mind-boggling. The power of the towering waves had an electrifying effect on us. Of course, we had to watch out for Dixie, not getting too close to the water. At the end we had to put her on the leash to be safe.
Compiled by: Peter at 2:54 PM