The last piece of boiled carrot had just gone to Dixie, but her expectant face was still asking for more. Her own food was long gone, as that is merely a matter of less than one minute.

As soon as she understood that supper was over, she walked to the door. It was time for the After-Supper-Walk. I got my jacket, grabbed Dixie's leash and off we went. 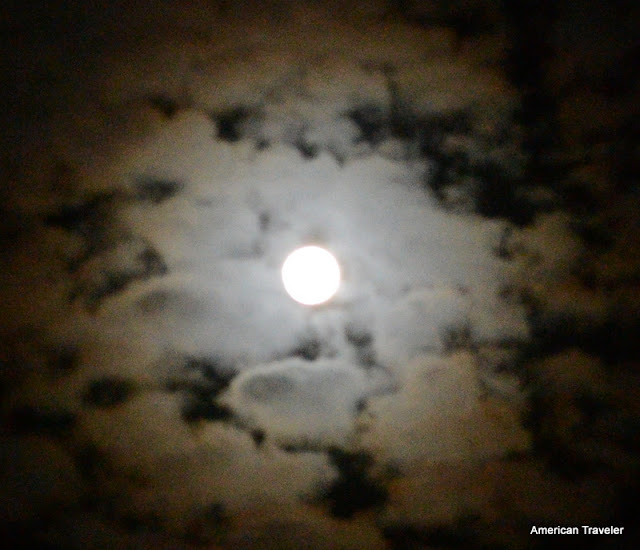 The moon was full and translucent behind a few thin clouds. It was only 5:30pm, and if it hadn't been for the moon, it would be pitch dark. But today, I wouldn't even need the little LED torch light, for walking down the desert trail through the campground towards the host station. It was like the darkness had swallowed all noise. People had moved into their rigs. Some would be having supper, others checking emails or making phone calls. Some places had elaborate Christmas lights around the RVs. Some rigs showed the flickering light of running TVs.

Others were almost completely dark.

Fredo's place is the one with most outside lights, and he had already lit up his camp fire, but the chairs around it were still empty. His camp fire is a place where people meet each other and solve many problems this world is suffering from. I wondered what problems would be discussed today.

Dixie didn't care about all this, she just walked beside me, the leash loose on the ground between us. Eventually, we turned around. Now I noticed the big bright star, not too far from the moon. What a sight!

The day had been clear with lots of sunshine. Temps had been around 21C, warm enough for wearing shorts. The wind we'd had during the afternoon had died down.

Approaching our own trailer, Dixie pulled ahead. She knows this area as if she had spent most of her life here. I marvel at her memory. Lately, she has found out about a shortcut when walking home from the canal road. Once in a while she sees a rabbit, she likes to scare it away but never follows it far away from us. This is the typical behaviour of a livestock guardian dog. They don't hunt, but just scare intruders away from their herd. For Dixie, we are her herd. She is taking this job very seriously. She usually wants to stay outside until around 8pm. 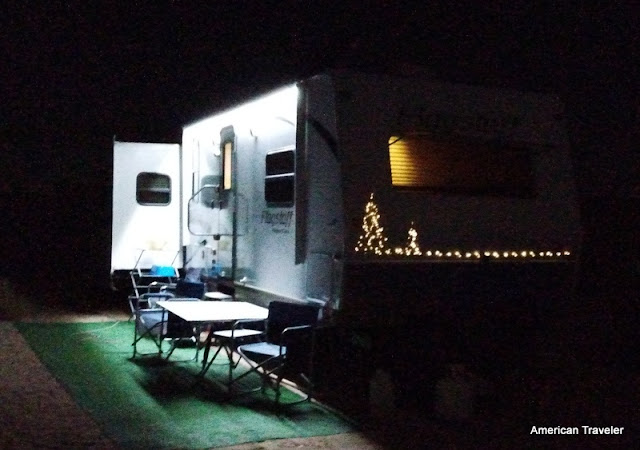 Desert nights are cool, so it was great to get back inside our warm trailer. 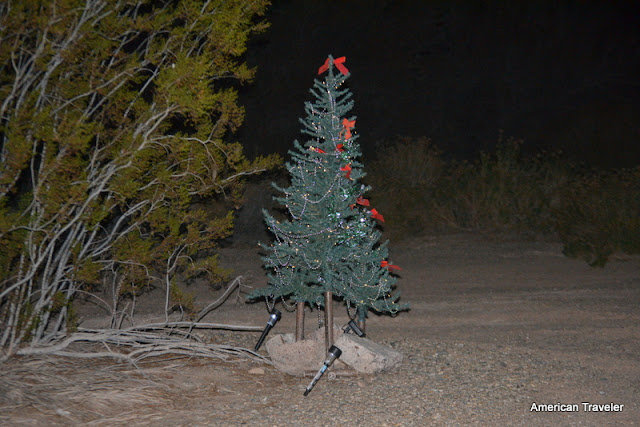