Have You Heard About "Van Life?"

It's a craze. They dubbed it "Van Life". I am speaking of camping trips or (for some) living in a van. What began many, many years ago as some not-so-rich people got an old van,  put a bed, a cook stove and maybe an old couch into it and hit the road, some of which are still rolling, has now developed into a totally hip thing with people getting a new, or almost new, van, for tens of thousands of dollars with some fancy camping furniture like mostly also found in regular RVs. 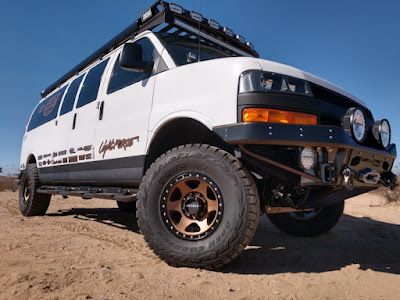 The top of the trend are now the 4x4 vans with roof ladders strutting down the side, overly big tires, and if it has a bull bar and a winch adorning the front - even better, as this indicates "I am on an expedition".

This has all developed beside of the more established style of "Class B RVs", which have always been around at least here in North America.

Promoted by the internet and countless videos on YouTube, it has attracted thousands of people who have been looking for that kind of "independent" life style. As housing costs have gone through the roof, many of those were tired of working for steep house rents and paying crazy utility bills every month. Now, one problem van-dwellers are facing is finding suitable overnight parking. And in order to avoid the problem of having a police officer knocking on your door in the middle of the night, some have avoided to get windows installed in their vehicles. It's called "Stealth Camping". The idea is that regular looking vehicles can park almost anywhere, as long as they don't look like a lived-in RV.

46 years ago I invented "Van Life" for myself. In 1976 I bought a moss-green Volkswagen Transporter (brand-new with windows) 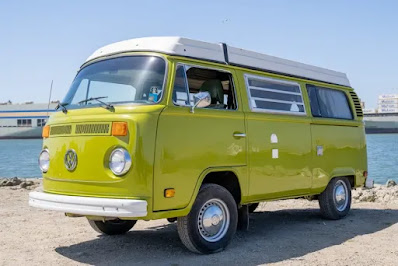 Since I know how to handle a saw and a hammer (and a few other tools) I was able to build my own furniture. Once installed, I was on the move, at least during summer days. I never saw other van-lifers. I was the Lone Wolfe. And I was cool! The result was, that I never had anyone near me when pulling into a forest road for the night or staying in a public place. A closed campground was no reason to give up staying there overnight. Where there was a will, there was a way into it. A road turn-out at a scenic lake was enough to make me stay there. No TV station ever got interested in my green home on wheels. I felt free like a bird and I was going "rogue".

Several generations later, the scene has changed. Van-lifers can be found just about anywhere as they populate Walmart parking lots and even residential streets.

Prices for vans have doubled within the last 2-3 years. You are looking for something fancy fully equipped? Be prepared to fork over 80-110.000 hard-earned dollars, even used units seem unaffordable.

Naturally, for that kind of money, most people who have been around a while, would rather buy something more established, like a Class C or even Class A RV.

And there IS already a new trend following the van-people: 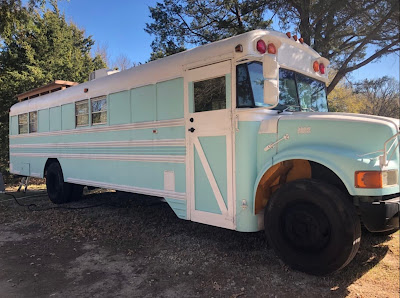 The "Tiny House" movement has sailed up not to be ignored anymore. We are now seeing young couples buying up old school buses, affectionately called "schoolies". 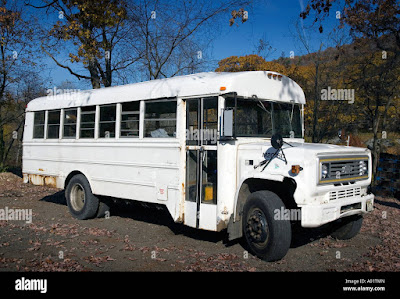 With love and deep devotion they paint and decorate their new homes on wheels. These vehicle's much bigger living space are also calling for much more sophisticated skills to convert these former people movers into a full-blown RV. Rust and decay may have settled in their old steel bones and besides of welding skills, one also need to be a carpenter, a plumber and not to underestimate, an electrician. Naturally, these much bigger vehicles do not offer stealth camping, but will have to be relegated to either private property of their owners or regular campgrounds. And while camping fees can be a burden to small budgets, the cost of moving these buses down the highway can be really worrisome. Repairs are not cheap either.

For all those reasons, I think I will stick to a regular RV.