Oh It Is Still Very Nice

The, "Golden October" is over us, no doubt and yes, day temps have gone a level lower, but are still in the 15-16C (mid-sixties) range which suits me very well. And we are enjoying a week with a lot of sun.

Now, that the campground is closed and no tourists around on the beach, I drive down to Herring Cove Beach every morning and enjoy leisurely walks along the water's edge. The other day I came across a congregation of literally hundreds of cormorants, which obviously, had spent the night on the beach. When they started taking to the water I turned around. Didn't want to disturb the bunch.

The next morning they were still in the same spot, but today they were gone. While some are staying over winter, the majority is migrating further south.

Today, I had a different and much smaller bird encounter. At first, I could not even see them, as the tiny sandpipers have a near perfect camoflage. 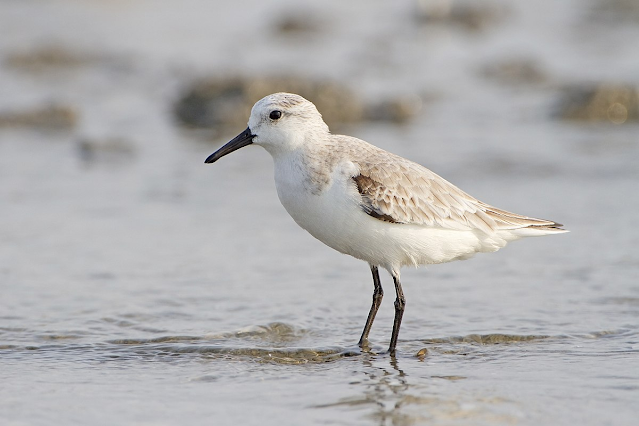 They are mostly in groups of 10-20 birds and I could approach them to approx. 10ft. before they would fly off, just to settle again 50yrds farther away. Dixie has no interest in birds and seems to be oblivious of them. She probably learned early on that birds have a nasty habit of flying away before she can reach them, so being the smart dog she is, she couldn't care less.

Dixie is now a little over 4yrs. old and has grown into a sizable mature dog, but now and then she surprises us with some sudden outbursts of juvenile energy. So one morning we walk along the beach and suddenly she is throwing her body around starting a wild chase in circles, for so suddenly to halt again for digging a big hole in the sand. She is an unbelievable funny dog and knows how to play us around her daily schedule. She also knows what kind of people she wants to be friends with, while she avoids others or even exhibits a pronounced unfriendly behavior. Of course, it could have been a coincidence, but one day we had met a man, we know is a trumpist. Instead of checking him out as she normally would do with strangers, she avoided the meeting entirely and went a different way.  Fabulous!

It is also very good to take her along on hikes through the woods, as we still have a couple of bears on the island. Undoubtedly, she would give us an early warning if she could sense the presence of a bear.

The other evening, she seemed to be a bit restless, as she circled our coffee table over and over again. In order to occupy her I said "Where is your toy?" and she went straight to her bed where she picked up her stuffed red dog and held it up for me. Seems like she understands a lot of what we are saying.

I can't even begin to imagine how I could live without a dog and Dixie especially.

Thanks for stopping by again.