Finally we reached the month of May. May has always been a time of expectation and gladness for finally having left behind the unreliable weather patterns of April. They say April does what he  will, and sure enough did we have all kind of weather during April. From very warm to bitterly cold and from sprouting lawn to 2 inch of snow we have had everything in between.

But aside of better weather, the 1. of May (also known as May Day) is also recognized as the International Workers Day and as such celebrated in many countries. In Europe it is a statutory holiday. The date was chosen in 1889 for political reasons by the Marxist International Socialist Congress, which met in Paris and established the Second International as a successor to the earlier International Workingmen's Association. They adopted a resolution for a "great international demonstration" in support of working-class demands for the eight-hour day. Canada and the U.S chose a different day, the 1.Monday in September, as their Labour Day.

But May Day is not the same as Mayday, which is used as an international distress signal, mostly by aircrafts and mariners. The emergency call has quite the different history, and not related to May Day.

The "mayday" procedure word was conceived as a distress call in the early 1920s by Frederick Stanley Mockford, officer-in-charge of radio at Croydon Airport, London. He had been asked to think of a word that would indicate distress and would easily be understood by all pilots and ground staff in an emergency. Since much of the air traffic at the time was between Croydon and Le Bourget Airport in Paris, he proposed the term "mayday", the phonetic equivalent of the French m'aidez ("help me") or m'aider (a short form of venez m'aider, "come [and] help me").

Following tests, the new procedure word was introduced for cross-Channel flights in February 1923. The previous distress call had been the Morse code signal SOS, but this was not considered suitable for voice communication, "owing to the difficulty of distinguishing the letter 'S' by telephone". In 1927, the International Radiotelegraph Convention of Washington adopted the voice call "mayday" as the radiotelephone distress call in addition to the SOS radiotelegraph (Morse code) signal.

So, as we talk about the month of May there is certainly lots of coming to mind.

For most people in the northern hemisphere it still is the month for more
stabile and warmer weather.

Every year I take a drive around looking for some nice photo opportunities. This year we are probably a week or so behind, but some maple trees in protected locations are showing off the light green of sprouting leaves. Dandelions are also showing their bright yellow blooms and yes, the other day, I had to mow part of our lawn. 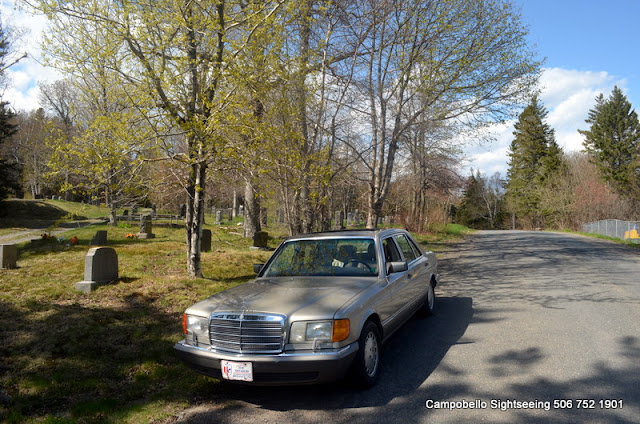 Above: At the cemetery of the Anglican Church 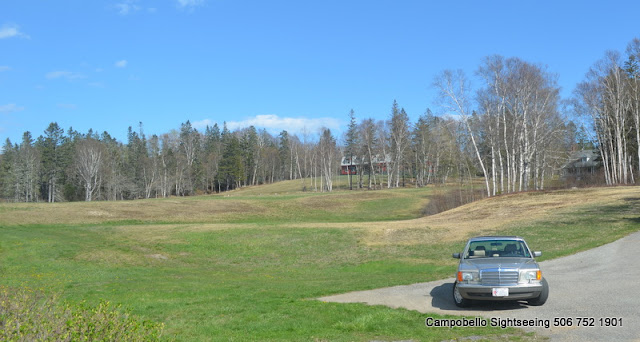 Above: In the Roosevelt Campobello International Park 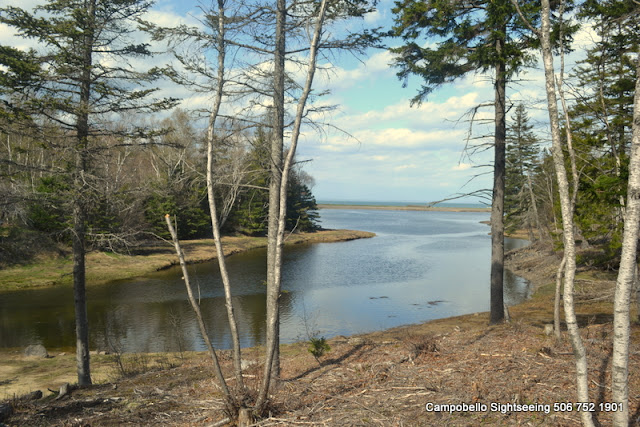 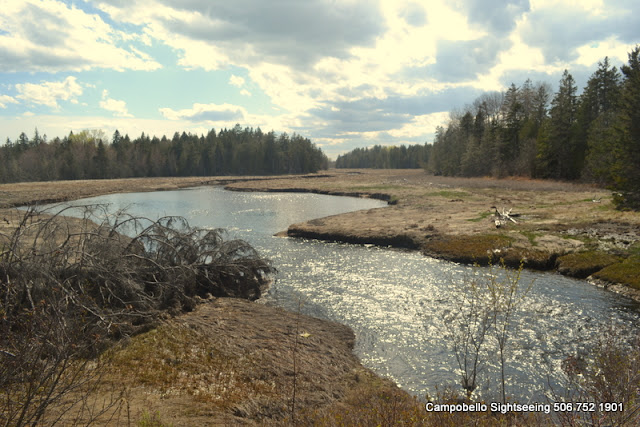 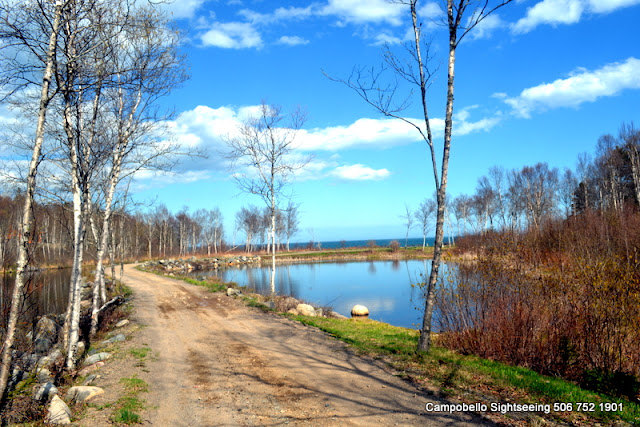 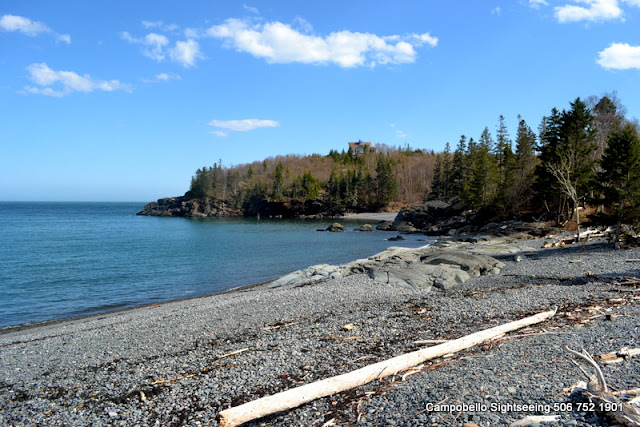 I am always looking forward to the beginning of May as the grass starts growing and the first leaves are popping, followed by the blooming fruit trees. 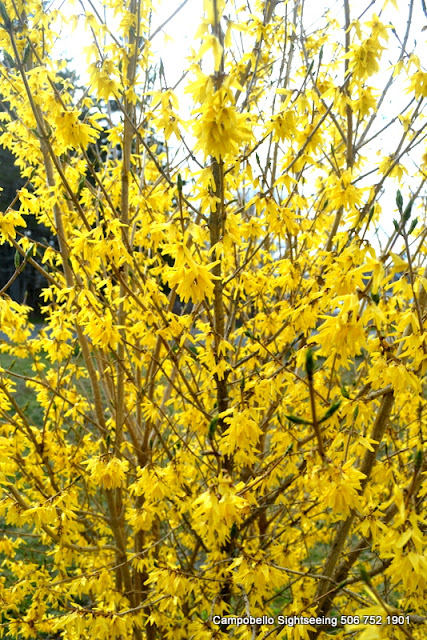 The very first bright colour in our garden comes with the yellow forsythias. For the gardener it is also a busy time to nurse the seedlings to become sturdy producing plants. And of course, let's not forget that the first hummingbirds are showing up at our feeders. Bea discovered the first one today. And that is actually 5 days earlier than last year. 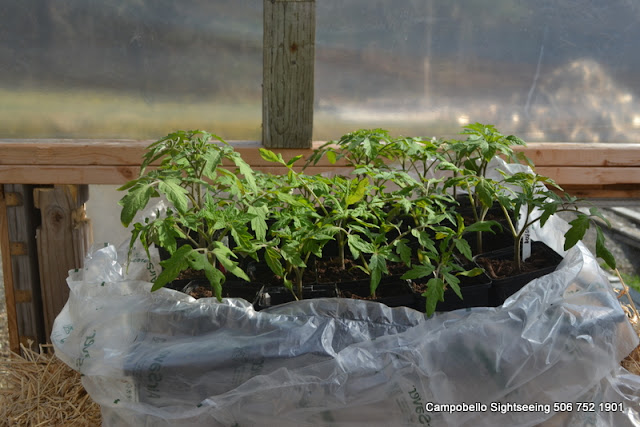 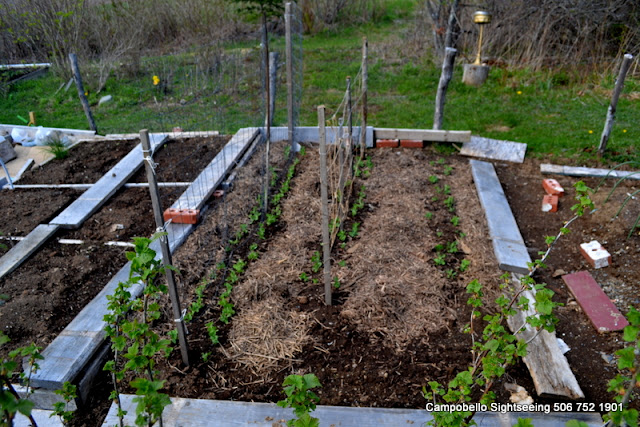 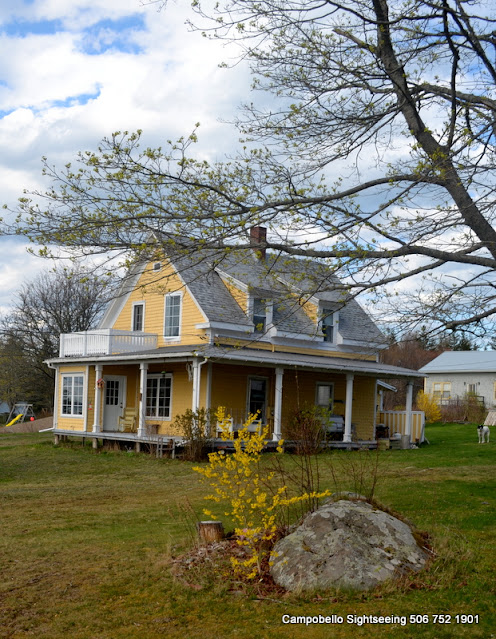