The Morning chill made me shiver, but the sun came up bright and before we knew it, it was a great fallish day with bright blue sky.

We were heading out towards Prince Edward Island's East Point. 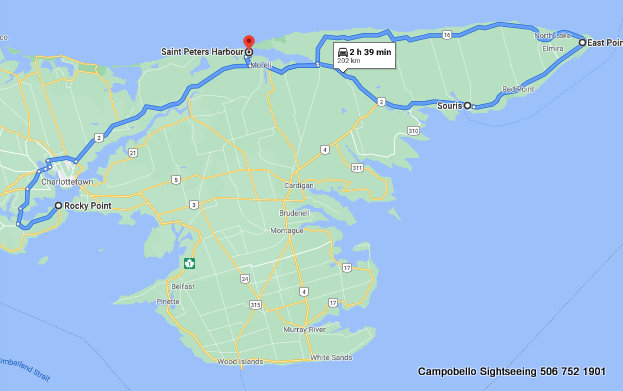 The drive along the coast towards east was scenic, and when we saw a small sign pointing towards public beach access we drove in on a red dirt road. They had put a name on that short road stub and it wasn't too inviting, or what you think about "Skunkhouse Rd". We couldn't detect any skunks but discovered an absolutely beautiful stretch of beach with an endlessly seeming trail along the wild coast. So we parked the van and headed off on foot enjoying the spectacular landscape. 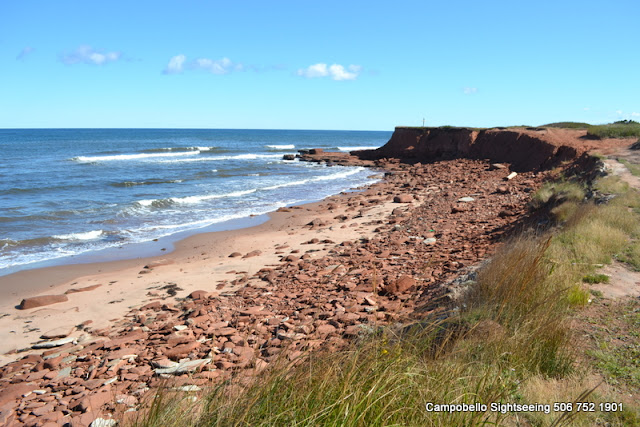 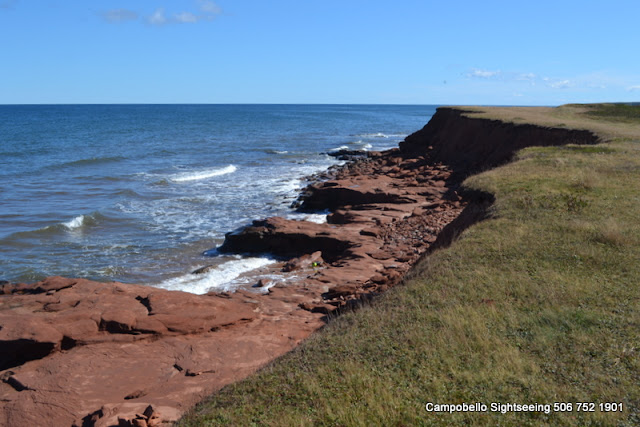 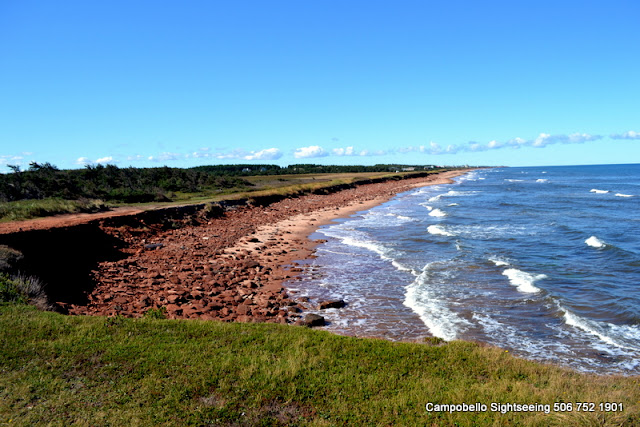 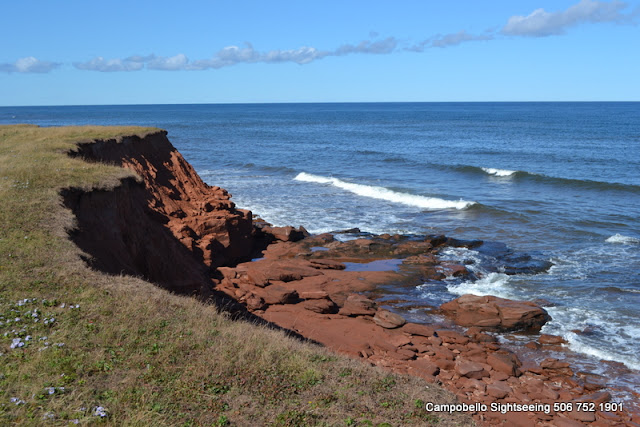 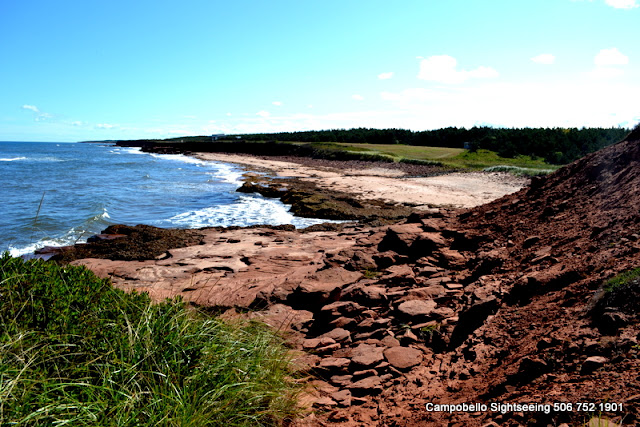 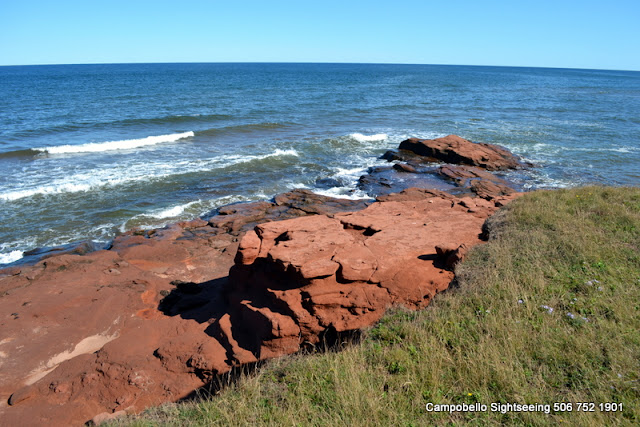 The best of it all: We could let Dixie run free, something we cannot do within the National Park.

Eventually, we had to turn around and then it was time to sit down in our camp chairs and have some lunch. Man....was that ever nice! 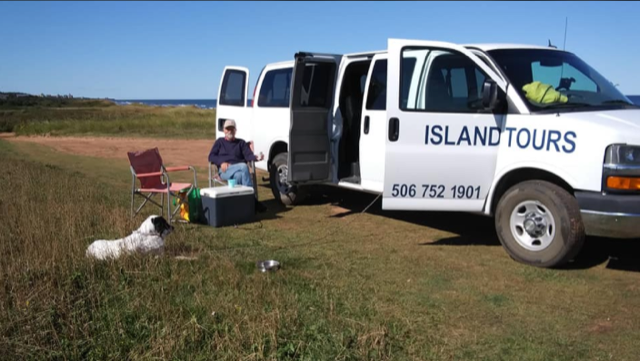 The next stop was at "Skipwreck Point Lighthouse" at Naufrage. This lighthouse seems to be a bit neglected in maintenance as the paint was scaling off all around.

Coming to North Lake, Bea made an astounding discovery. While I took a picture, Bea directed her NIKON P-900 onto a shack in the harbour. The result you see below. 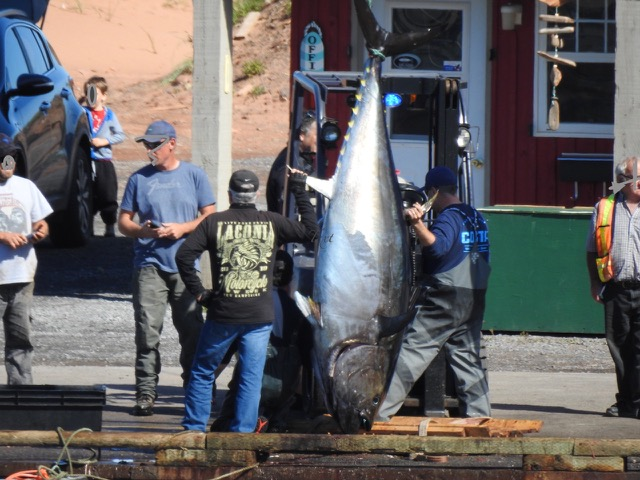 The arrow showing where the tuna was hanging 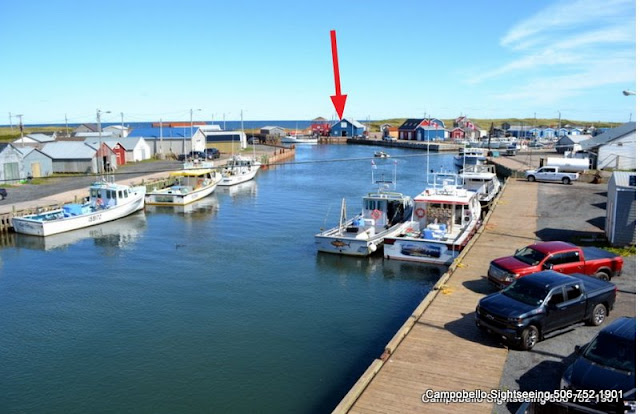 We were at least a 1000ft away from that shack and I wouldn't have seen it without a binocular. Just look at the size of that Tuna!

Finally we arrived at East Point with its beautiful Lighthouse from 1867. 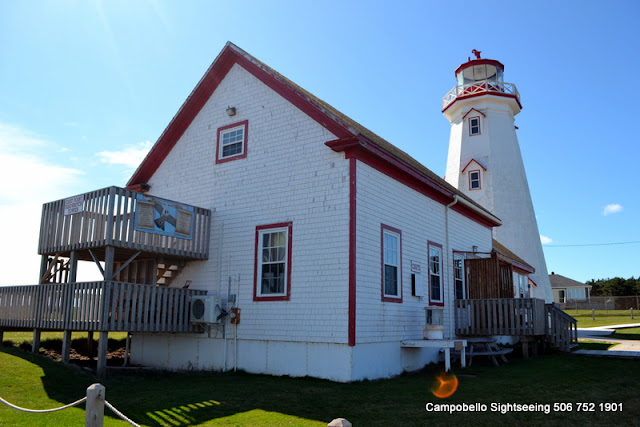 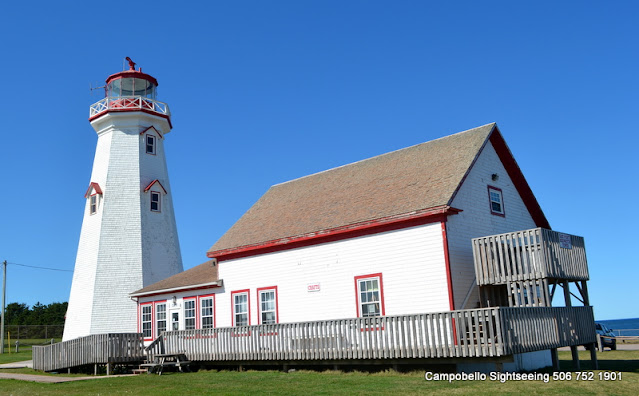 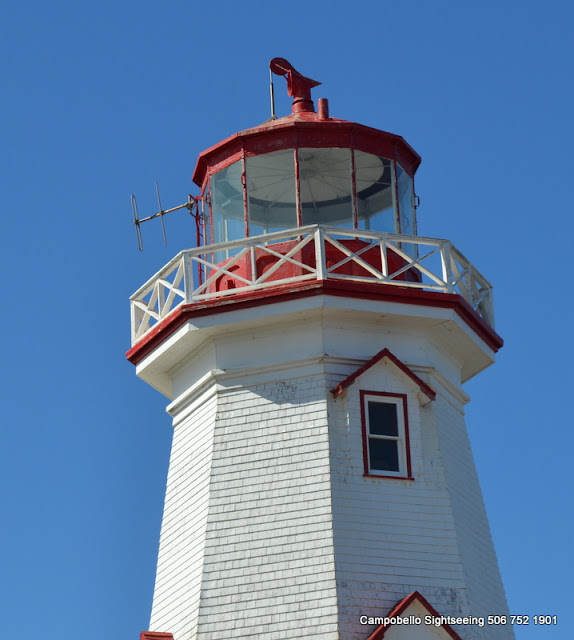 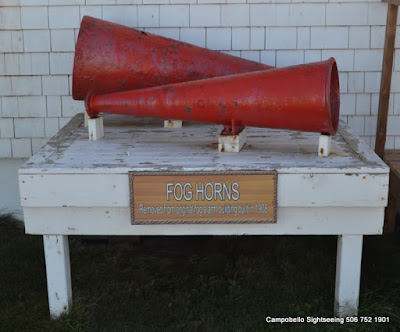 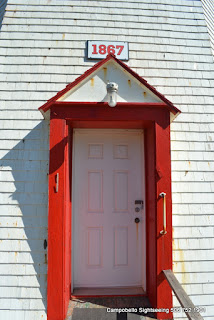 From East Point one can see the coast of Nova Scotia.

Nest stop was at the Port of Souris. From here one can take a ferry over to the "Ile De Madelaine", (Quebec) 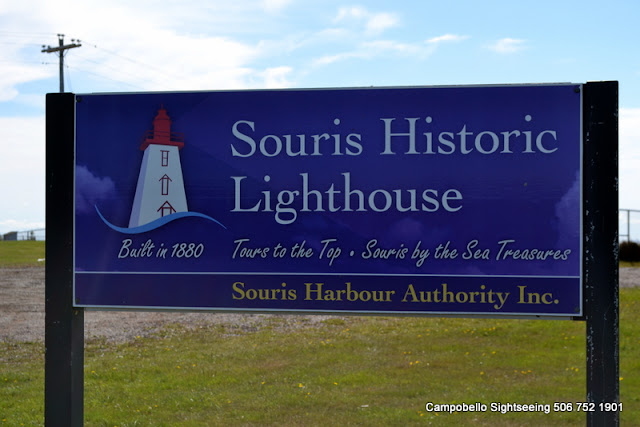 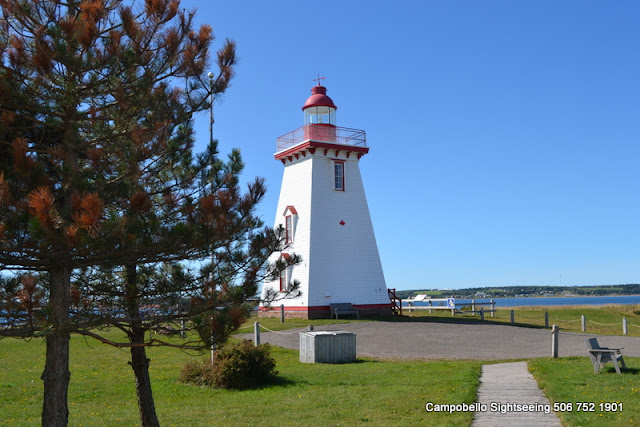 But we had no plans to do that and after taking pics of the Souris lighthouse, we carried on down the road. Originally we had planned to explore the lower eastern part of the coast, but it would have taken too much time today. So we think we might do it after the storm Teddy has passed.

Instead we took aim over to St.Peters again and back to Rocky Point, where we arrived at 4:30pm.

Due to the weather development we might not do any posting tomorrow, Tuesday or Wednesday.