Ole Man Dancin’ In The Shop

It was a hot day, and it was July 3rd. To get out of the burnin’ sun I had myself in my shop workin’ at some new project of beautification of our balcony railing. 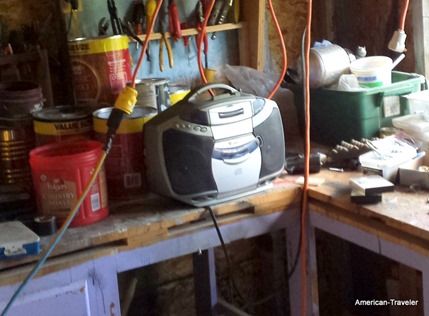 Pretty soon I was feelin’ for some music, so I got  one of my ole portable radios out into the shop. Had also grabbed 2 ole music cassettes and dropped one right in. It was Lacy J Dalton and the tune was 16th Avenue. Before I knew it, I was swingin my ole bones around in the sawdust. Holy Moses…. what a mighty fine tune this really was. Why had I never played this tape before?

We don’t have many neighbours around our place and the few we have were not home this afternoon, and if they had been and seen me hoppin’ around in the shop they would probably be thinkin’ “look at that ole fool in there”.

So, Canada Day is over but we have a looong weekend in Canada as everybody is still celebrating 150 years of being a country under the confederation of Canada. 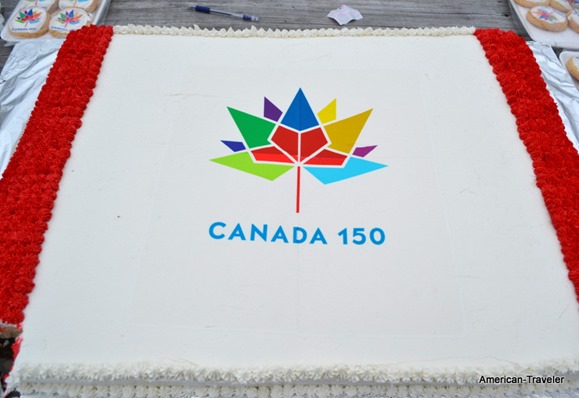 Giant Canada-Cake in the Provincial Park on Canada Day

And while Canadians are firing off one firework after the other, our American neighbours are preparing for Independence Day and their own fireworks. We are wishing them Good Luck with their celebrations.