It's the 3rd. of Advent and I am sitting with the lighted Christmas tree. 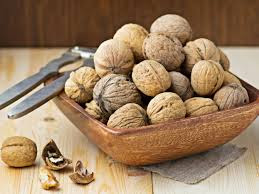 A bowl of walnuts is in front me. It's customary to crack nuts during Christmas. We've always done it and we continue to do so. It's kind of not getting to be Christmas without it. And while I am cracking a nut I am thinking that the English language has a special word using nuts as in, "You are nuts" meaning you are crazy. No other language I know (and I am only knowing 5) uses the nut for "crazy". Now, I don't need to delve into the origin of the saying, maybe YOU can come up with an explanation. Meanwhile, following the meaning of "nuts" being "crazy" I must think of what is still happening in the US. "Nuts" seems to be the word of the day. Repeating a falsehood does not make it become the truth, regardless of how often one says it. But the soon-to-be-gone president of the US doesn't get it. And the cult-goers are loving his lies. If this spectacle would have played out in 2016 staged by the democrats, the other side would have been outraged, and quite rightly so, I dare say. An election is held to make one side the winner and the other a loser. One side is smiling, the other will be disappointed, and those are the rules of the game.

Hiding in the White House, sulking and scheming about new ways to disturb and derail due process is unamerican, unethical and quite frankly disgusting behavior, not worthy the office of the US president. A disgrace to the country while the world leaders are watching the unfolding theater in disbelief. But even more "nuts" are those State reps. who co-signed an amicus letter supporting the presidents outrageous lies.

What the attempt to overthrow a legal election with the help of the US Supreme Court also showed us, is that the further existence of the US democracy was hinged on the forthrightness and clear view of a few people at the court. If a democracy is allowed to degrade to that low level that it can get to the very brink of extinction, and be saved only in the 11th hour, there ought to be a number of other failures prior to that.

Comparing the base build of the American democracy with that of a few other countries in Europe, the main difference is that Congress has granted way too much power to the office of the president and the executive branch. It is completely unthinkable that f.ex. German Chancellor Angela Merkel could rule through executive orders. It is the German "Bundestag" (Parliament) and the "Bundesrat" (compare to the Senate) who decide absolutely every thing (without any exemption) happening on the federal level. It would be unthinkable that the President of the "Bundesrat" could block anything from being voted upon (like "Moscow Mitch) What ever legislative initiative comes from the other chamber must be voted upon. The German Bundespraesident has representative functions only without any legislative power. Thus Germany built up a functioning democracy, something America has failed to create.

Sad to watch a neighbouring country failing and with so many (74Mill) being "Nuts".

I rather grab another walnut to crack. It's Christmas after all.