We Are All Hitched Up Again And Ready To Go Home

Whether it was the worry about finding a new hitch the next morning or something else, I don't know, but I turned and tossed around last night and had a hard time to find sleep. And I even worried Bea who suddenly turned on the light asking what in the world was wrong with me.

After a quick breakfast Bob and I went to town in search of a trailer hitch. First place we went to told us they would have had one the day before, but had sold it. Next place we phoned ahead sounded like a success. On the run over there, of course, we ran into a construction site, an ambulance was forcing its way along, but finally we reached the place. It turned out we really were in luck and were shown a Reese hitch for a tongue-weight of 1200pounds, more than enough for our rig. 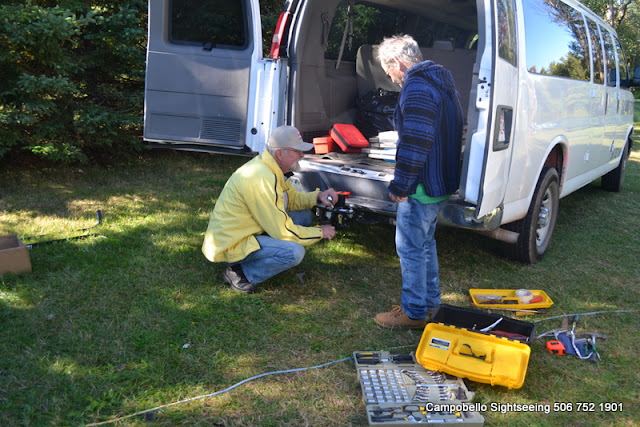 "The Experts" start looking at things 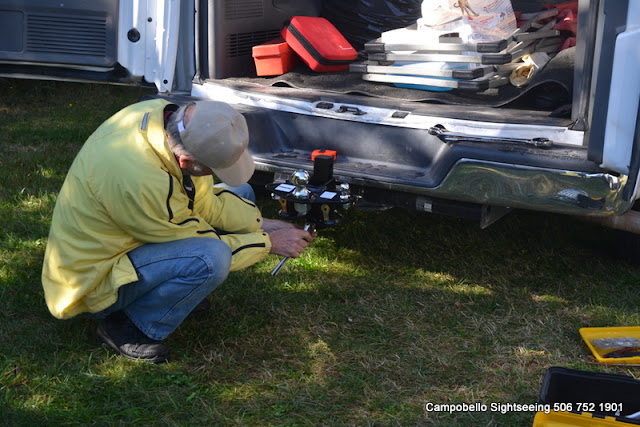 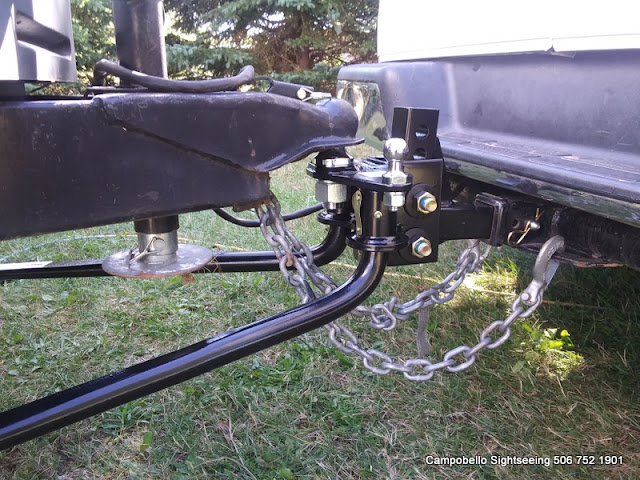 An hour later we were back at Bob's place and started to sort out the various parts. It turned out we only needed the hitch head and the spring bars. Bob and I worked on it together and Bob had to get 2 wrenches from a neighbour to secure the bolts for the hitch head. The rest was simply routine and when the van was put into position the trailer went right onto the ball. Mission accomplished! I think we all felt a big relief.

Rest of this very sunny day was spent with reading and relaxing besides a nice walk to the beach with Dixie. We had a common meal preparation for supper, where upon Bob started a campfire. 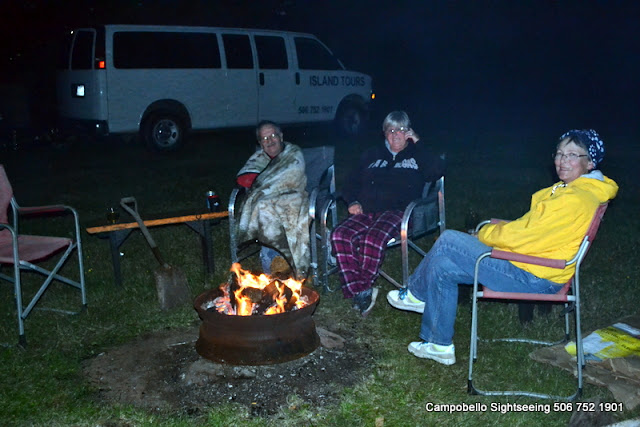 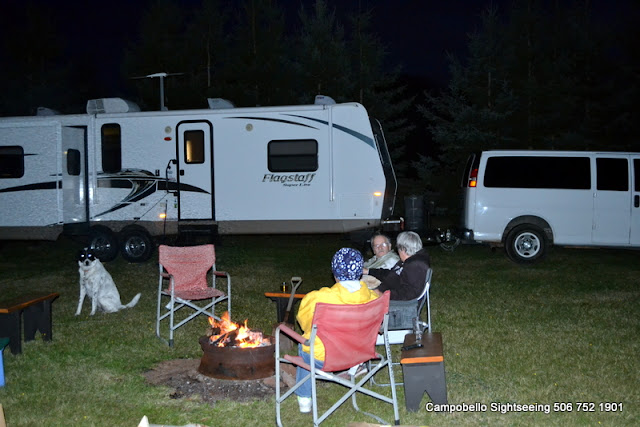 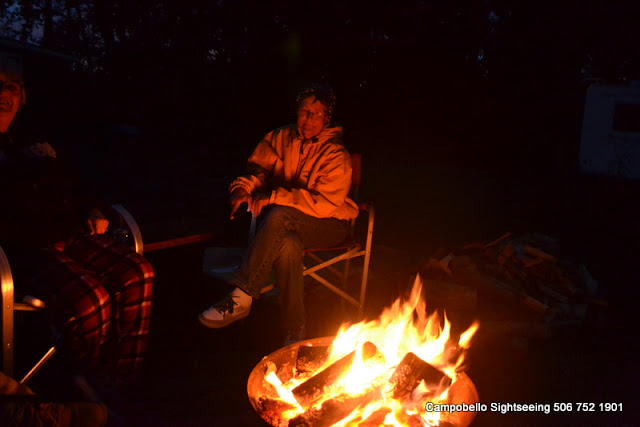 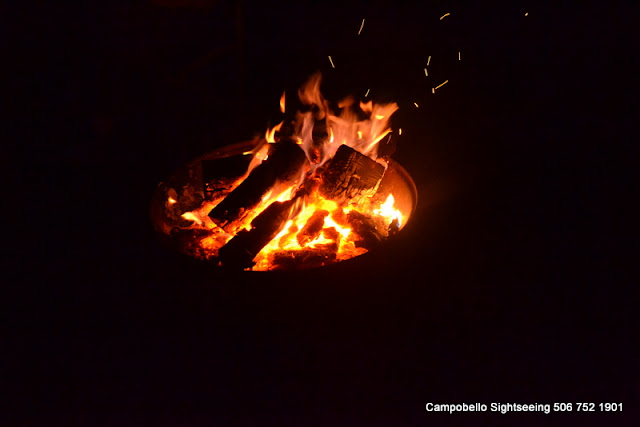 That's when we began to realize how much we have been missing sitting around the fire and chatting and reminiscing the winter days we had in the desert. Quite a few of our old friends from those days are gone to camper heaven and if we return one day we will find quite a different group of people. But that's life and something everybody must go through.
Compiled by: Peter at 9:58 PM