Weather forecasts can be wrong. The predicted strong wind for this morning never happened and we realized we could have left the island. But we had already extended our stay and changed our ferry reservation. 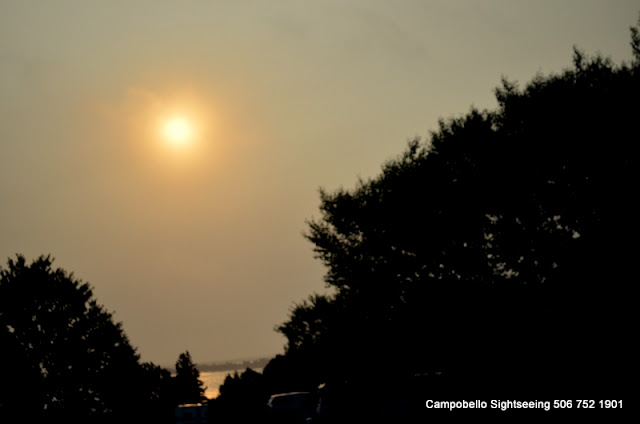 This morning it was more hazy than the day before so after a short morning walk we stayed inside the trailer until after lunch. That's when Marianne showed up in her 19ft Leisure Class B camper. Turned out she was a German from Halifax, born in a city close to where Bea once lived. So when she stopped by, the chatting was going in german. Marianne also has a dog named Gunnar.

There was one more thing on Grand Manan we wanted to see, and that was the Long Eddy Lightstation on the northern edge of the island. 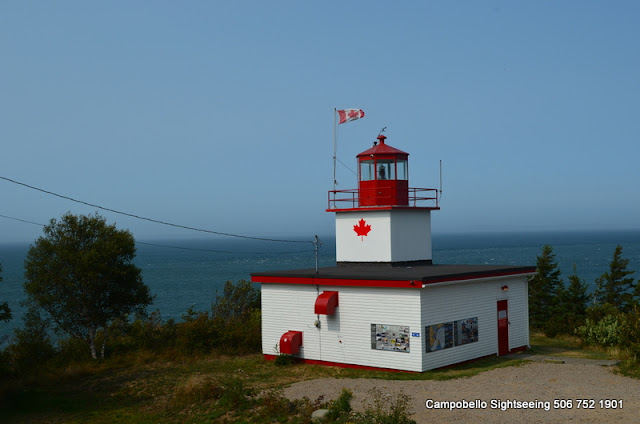 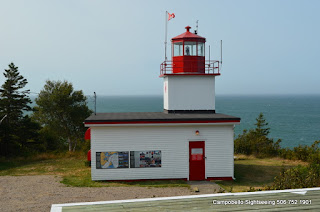 The road to it was just in the same class as the one to Dark Harbour - bumpy and narrow. By now the wind had increased a lot and whitecaps showed on the water.

Below: Views from Long Eddy 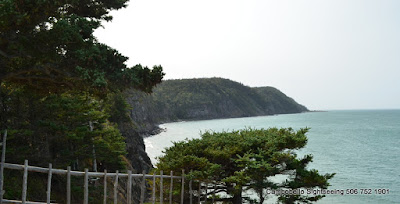 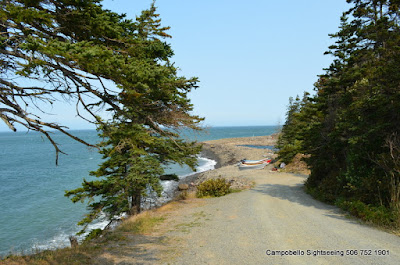 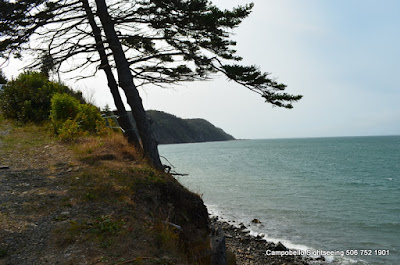 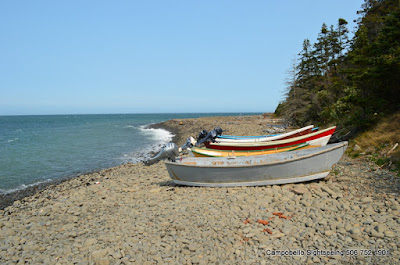 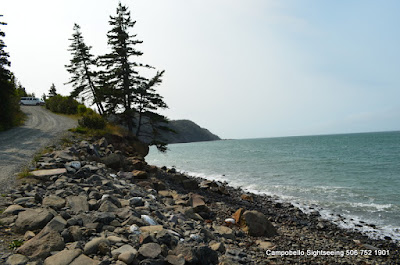 Right across from Long Eddy across the bay was Herring Cove Beach, Campobello, hiding in the haze. The northern tip of Grand Manan has seen many shipwrecks, which were the reason that lighthouses had to be built on both sides. A major navigational problem has always been the thick fog on the island. When warm and wet air mass is moving up from the US hitting the cold water of the Bay of Fundy it produces an enormous fog, which has been a big reason for ships getting smashed along the coast.

Our visit on Grand Manan is now coming to an end. Back in the campground, we met Marianne on the trail. Her dog Gunnar and Dixie quickly became friends, while we were chatting with Marianne.

For tomorrow we gotta be out a bit early to pack up and move the trailer to the dump station before we get to the ferry landing for a 9:30am departure.