October is between the most windy months of the year here on the island, and today we got another proof of that. I am pretty sure that we had about 50 mph. wind speeds this afternoon. But you what? It was sunny. Yes, we had a beautiful sunny day, though it hadn't been looking like that early on. But more often than not, the clouds gave way to the sun and there was nothing holding me inside anymore. So when I suggested a "family walk" in the woods, we got all ready in a heartbeat. I mean, Dixie is always looking forward to an outing, us humans tend to be more lazy at times. 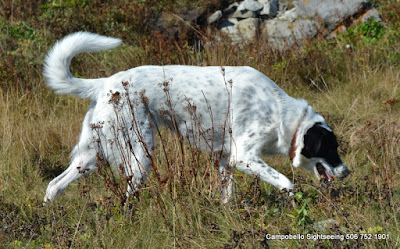 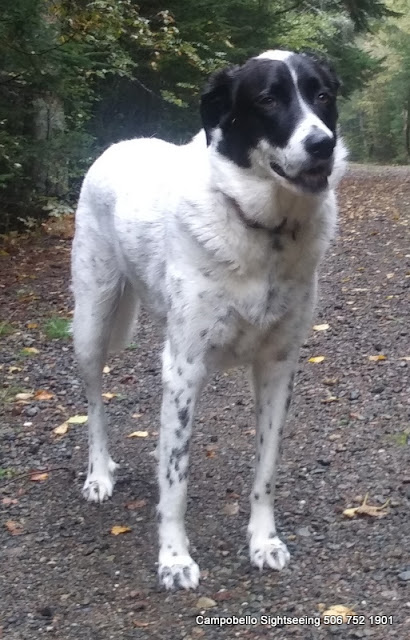 We went to "Fx Farm" in the Roosevelt Park. It once was a site for  - yes, a fox farm. From there a brand new  trail leads through a small valley, then going on through a tall forest which eventually ends in a huge bog higher up in the terrain. 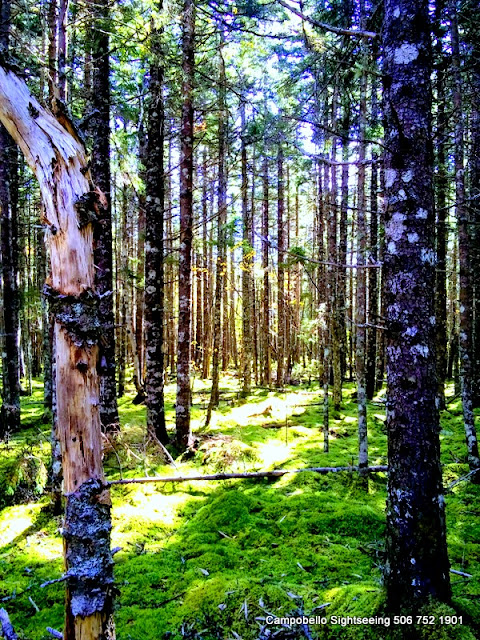 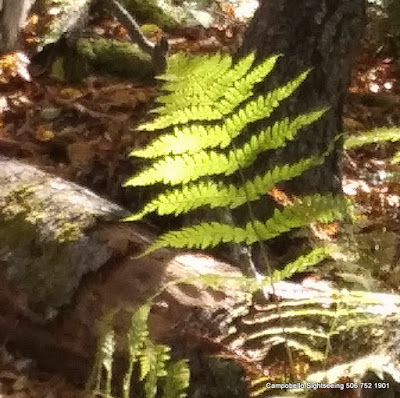 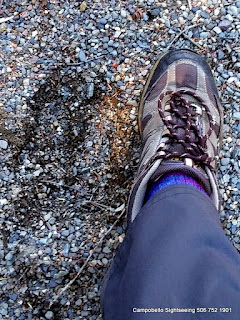 Underway, we saw moose tracks. Luckily, not fresh tracks, probably a few days old. I wouldn't want to meet "The King of the Forest".

Bea was on the outlook for birds she could get a picture of, while I was enjoying the serenity of nature. Down on the trail I couldn't feel much of the storm going on, but the treetops were swaying and there was quite some swishing in the forest. 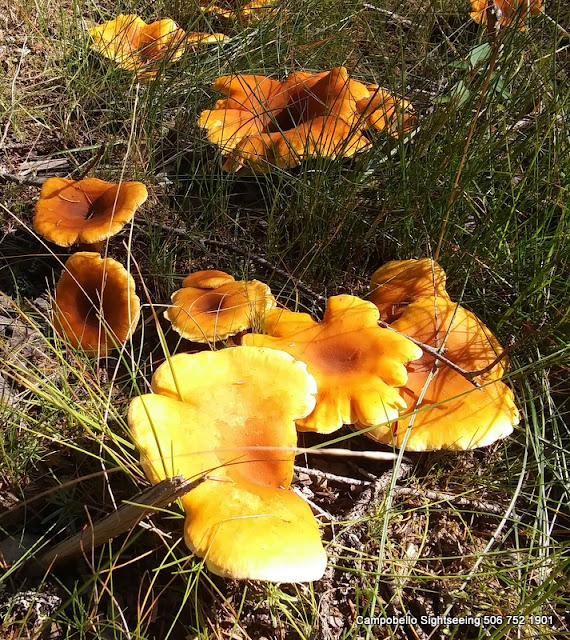 These mushrooms are "False Chanterelles" not poisonous, but taste bitter and can cause an upset stomach.

Leaves were falling everywhere. Our good old maple tree in our driveway is gonna be bare of leaves this weekend. But the tree is very old and had been showing signs of its old age for a couple of years. The bark at the lower end is damaged by frost and I guess it can't get enough sap into its top branches anymore. We are facing reality and that we might have to take it down before its becoming a hazard during a powerful storm.