The Gull Has Left The Rock

When the gull has left the rock, it is time to head back.

The Bay of Fundy has the highest tides in the world and when you live along the bay you gotta watch the tides. 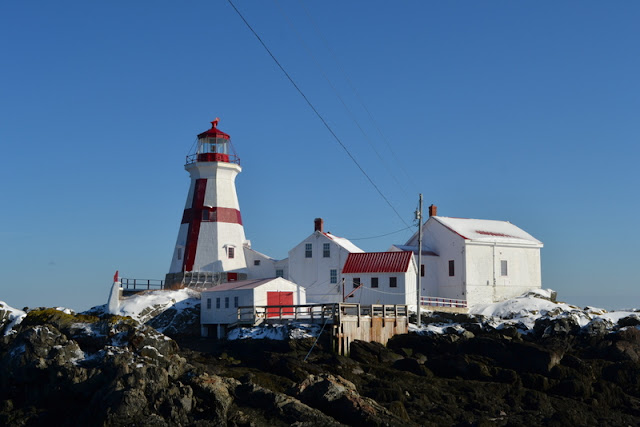 Campobello Island sports one of the oldest lighthouses on the Canadian East Coast. Yearly, The lighthouse attracts around 20,000 visitors. But visiting the beautiful place comes with a challenge as the 5 buildings are located on a separate little rocky island, and to get there you have to deal with the tides. That means you have to wait until upto 25ft of water have vanished exposing a gravel bar, thus offering a way to walk over to said island. This always happens about 2 hours before the lowest tide and lasts for 4hours. With other words, one has to get back before the water is again washing across the gravel bar. Also you have to balance your body along a narrow trail between rocks and slippery seaweeds. To make that trip a bit safer the "Friends of the Head Harbour Lightstation" are offering a collection of walking sticks at the ticket kiosk. Volunteers of the association have worked hard over the years to repair and staff the lightstation.

When the summer visitors are coming over there are usually knowledgeable volunteers at hand to tell the story of the lightstation.

One day, a couple of years ago, 2 elderly ladies volunteering, were taking a rest on a bench. They had been busy with a variety of maintenance issues and were now just immersed in enjoying the peace and beautiful view across the bay. A lady from Michigan was also on site and the last visitor that day. She too was still admiring the surroundings, when one of the volunteers suddenly shouted: "Oh gosh, the gull has left the rock, we have to rush back". They quickly informed the Michigan lady about what was going on preparing for their hasty departure.

That day, the 3 ladies got their feet wet. But what is it about the gull leaving the rock? 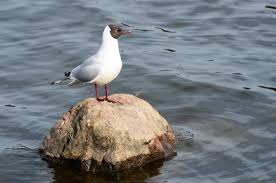 Well, rocks are exposed at low tide, but as the tide comes rushing back the water will swallow them. And that's when the gull too has to leave the rock where its been sitting. When the gull is leaving, it is already a bit too late. You gotta leave before the bird has left the rock. The water rises at 5ft pr. hour.
Compiled by: Peter at 7:09 PM