It is supposed to snow right now, but nothing happens. The day began with some blue skies, but it’s overcast now. 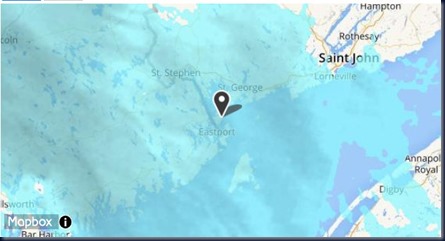 Looking at that weather map you see the marker there? That’s us, supposedly sitting under a cloud of snow. The blue color is marking the area to be under snow. It goes to show that weather maps can be quite wrong. We had our 2 doggie walks but it’s cumbersome to step through the old deep snow. We found us a track where a few snow mobiles had gone compressing the snow, but yet we tired out after three quarters of a mile.

Spending the afternoon sitting back in the couch I decided to pull up a western movie on YouTube. And I say I found a good one. 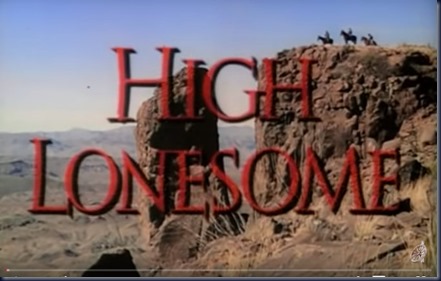 “High Lonesome” was done in 1950 and is full of hard-working real stunts and chemically free of high-tech effects, which is really refreshing, given what is produced these days. You can click on the image and YouTube will start. What I also like with these old movies is the great inspiring music and the great western landscapes shown. High Lonesome was not made in Europe, but rather in the rugged mountains of the Texas Big Bend Country. Since we have visited that very same area I kind of feel “at home” there.

One day I want to return there, take a closer look, spending more time.

Right now we are waiting for a March warm-up the coming week. Maybe that’s when some of that unwanted snow will disappear.