Almost Too Much Of A Coincidence

Reading Al’s blog the other day we saw that Kelly and Al had met another dog while walking Pheebes. And it was that dog which caught our immediate interest. 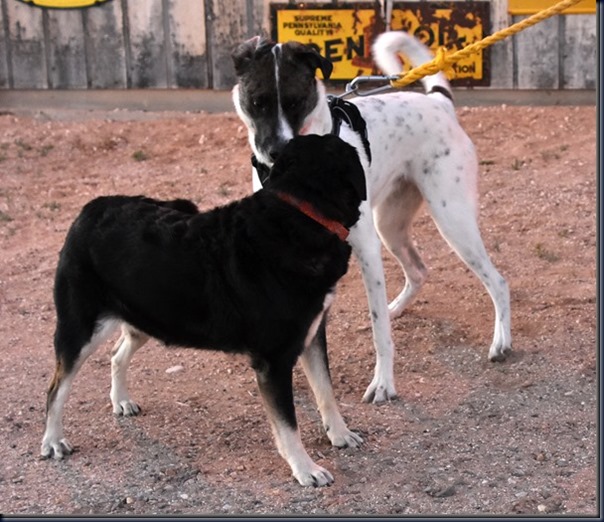 We are 80% sure that that dog is a sister of our Dixie. Dixie was born in Oklahoma, but her litter was abandoned and in an effort to rescue 7 puppies and her mother, transferred to Arkansas. As the puppies were getting ready for adoption we found the entire bunch advertised on petfinder.com. Initially we chose the one with a black spot on the tail. When Dixie arrived, there was no black spot on her tail. Whether that was based on a misunderstanding or a mistake when naming the dogs, we don’t know, and it is not of any importance for us. Dixie is the world for us. 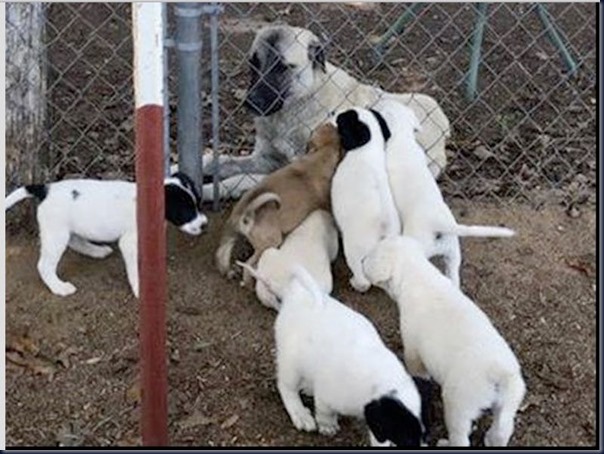 It is the puppy to the left, and the only one with a black spot on the tail. 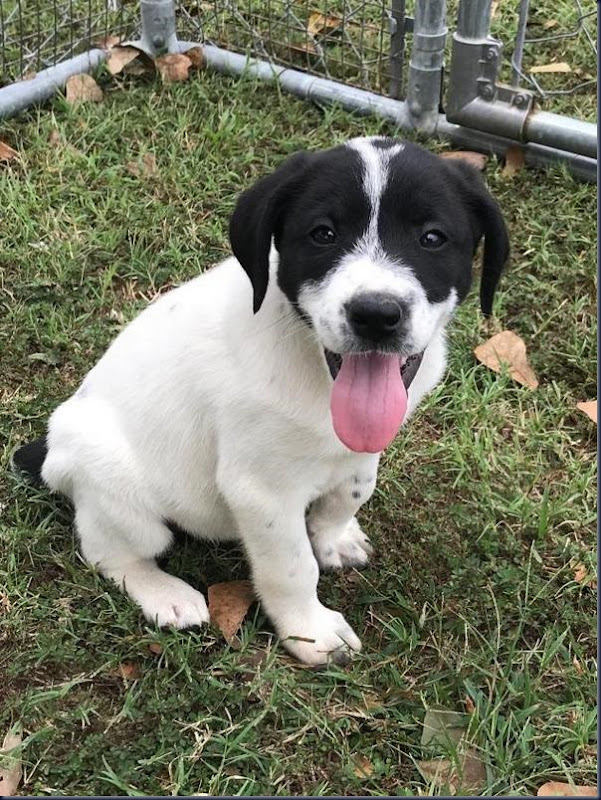 Above: Is this the dog Al and Kelly met in New Mexico? 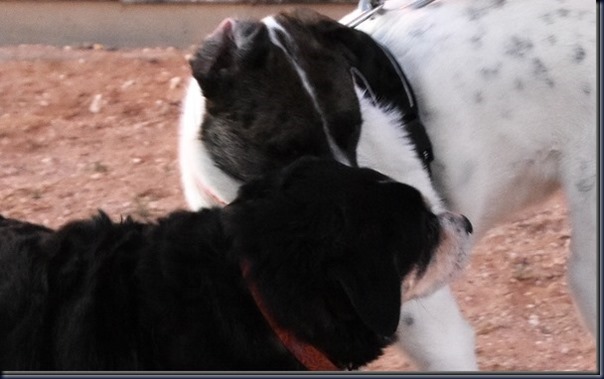 Above: Pheebes meeting what possibly is Dixie’s sister. Below is Dixie. 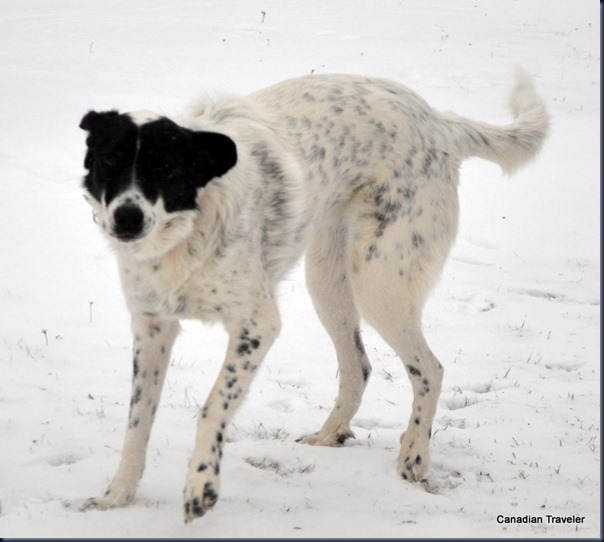 But back to Al’s pictures of the dog they met, it shows the same markings as the one with the black spot on the tail shown in the puppy picture. It also has the same mottled markings as our Dixie. The mottled spots appeared about 2 weeks after the puppy picture was taken. On top of that the dog shows a black spot on its forehead and has the same general size with long legs just as Dixie

It is almost too much of a coincidence that Al and Kelly should come across a sister of Dixie, but is it impossible? We think not.