Greasy Dirty Hands And What Happened To The Jam?

I gave it 2 days to get the dirt dissolved in the carburetor. When I opened the lit of the coffee can I was looking at a black fluid. And I couldn’t even see the carburetor. So, obviously SOME dirt and grease had been dissolved. Eager to remount the carb back to the tractor, I got my tools out, rolled up my shirt sleeves and went about it. 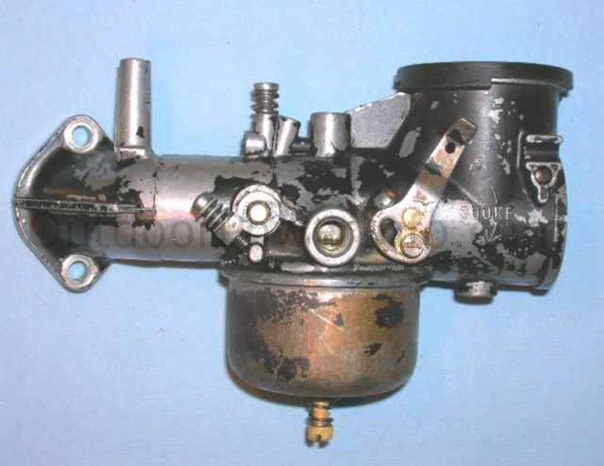 The last bolt went in and I turned the starter key……poff-poff-poff -  nothing. Not even the slightest bit of exhaust appeared. I removed the sparkplug and it was dry. Not a trace of gasoline on it. DARN….something was still plugged up.  I unscrewed the needles – they looked clean, but were they really? Like what about inside the jet valve?  I knew that Bea had some thin steel wire for the garden. She broke out the small roll and I ran the wire through the tiny holes – back and forth, back and forth. Trying to squint through the holes I saw some dirt had appeared in the opening. More poking the wire through the jet valve followed.

After remounting the jet valve it was time to turn the key again. THERE!  It happened, the engine started and I could rev it up. However, after a few minutes it started sputtering again, though it kept running. I had just come a long way towards becoming my own small-engine mechanic.

I will do more valve cleaning tomorrow and I’ll be darned if we can’t get this oldtimer running again.

Checking on the jam production revealed that the concoction had not stiffened up. It still resembles a thick sauce – probably excellent on ice cream, but quite messy on my toast.