Maybe Texas Should Be Kicked Out Of The Union 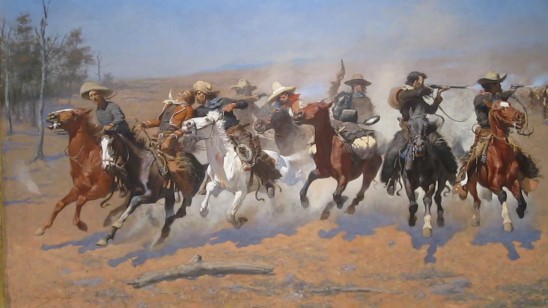 During the heydays of the Wild West, bandits came riding on their horses to stop and rob the stage coach, and more often then not they got away with their booty. But when not, the next gallows weren't too far away. 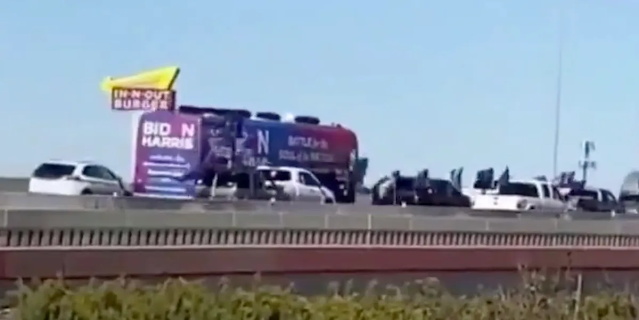 In Texas, those days are still very much alive. Difference is the way they stop their prey. Instead of horses they came with scores of Trump-decorated trucks. In a dangerous highway maneuver those would-be cowboys stopped a Biden-Harris campaign bus on the I-35 between San Antonio and Austin the other day, the campaign crew whipped out their cell phone and called 911. Local law enforcement had to get out and accompany the bus to its destination.

If Texans think this was an appropriate  action they do not deserve to be part of the Nation and should be kicked out the sooner the better. Alternatively, they can re-commission the hanging-tree outside of the courthouse and start removing those highway idiots from the face of the earth.

The story tells us that American democracy is under attack. Trump has riled up the dumb and uneducated masses of the country to play cowboy on the highway. America is rotting away from within, a destiny which it shares with the Roman and Greek Empires, the British Empire, the Ottoman Empire and the Soviet Union.

Congratulations! The world leadership will now be shared between the Chinese and the Russians. That's what you wanted, right?